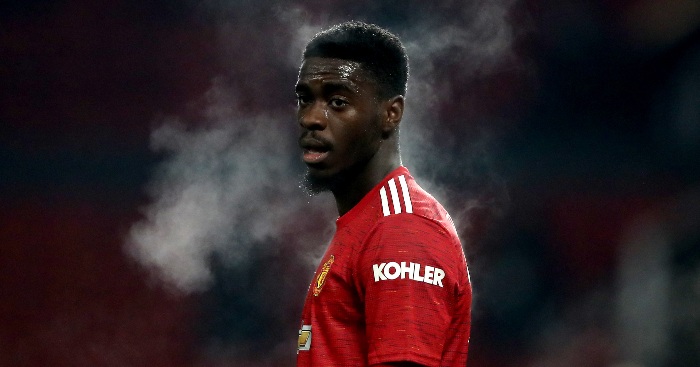 Axel Tuanzebe has insisted that Manchester United’s focus is securing their place at the top of the Premier League.

Man United are in a fine vein of form in the Premier League. They are unbeaten in their last ten league outings. This has seen them close in on Liverpool at the top of the league.

Jurgen Klopp’s side are now winless in their last three league games. Ole Gunnar Solskjaer’s men are joint-top of the table, but they have a game in hand over the Premier League champions.

Man United’s attention diverted to the FA Cup on Saturday. Tuanzebe started as the Red Devils beat Watford to advance to the fourth round.

Speaking after United’s win over Watford, as cited by Sports Mole, Tuanzebe reiterated that their focus is on the Premier League:

“We want to be top of the league, you know, and this is the time to do it. We have two games now that can really cement our position at the top and we just bounce on from there.

[On FA Cup over Watford] “Sometimes games like this are scrappy. A lot of changes to the team, so it’s hard to have a rhythm, a pattern of play, but job done.”

“I’m feeling alright. I would obviously love to get more minutes, so I can constantly keep my performances up.

“Obviously the team are doing well so the only way in is really to force myself in by playing well in the chances that I do get.

“Sometimes they can just come out of the blue but the main thing today is that we kept a clean sheet and we won the game.”