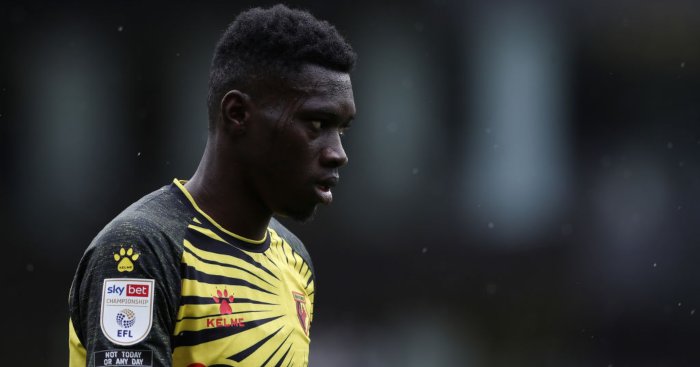 West Ham United are eyeing a £30m move for Watford winger Ismaila Sarr, according to reports.

The attacker earned his first break in senior football with French side Metz. He made over 30 appearances for them before he was signed by their Ligue 1 rivals, Rennes, for a fee in the region of €20m.

Sarr enjoyed a highly successful couple of years with Rennes. He made 77 appearances for them across all competitions and he notched 18 goals and 16 assists.

This tempted Watford to spend big on him ahead of the 2019/20 Premier League season. The Hornets signed the 22-year-old for around £40m.

Last season was a torrid one for Watford, as they were relegated back down to the Championship. But Sarr was one of their only shining lights, as he performed well throughout the campaign.

He featured in 30 games in all competitions and he got six goals and six assists for Watford. The forward was linked with a number of clubs in the summer, including Liverpool and Manchester United.

Yet a summer transfer back to the Premier League never came to fruition. Sarr has continued to impress for the Hornets in the Championship, grabbing four goals and five assists from his 18 league outings.

The Sun have reported that West Ham are planning a £30m move for Watford’s star man. The Hammers have money to spend after Sebastien Haller was sold to Ajax for £22m earlier in the window.