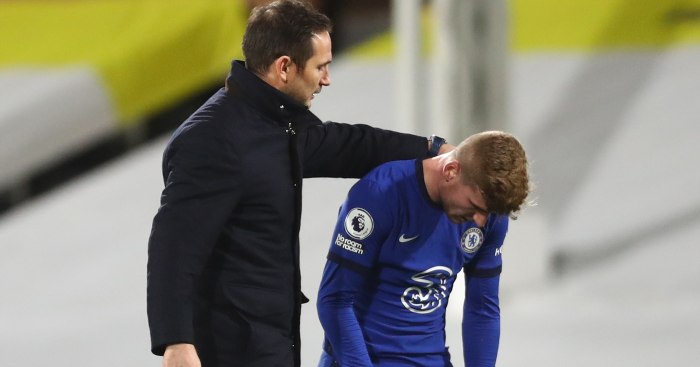 The 22-year-old drove past goalkeeper Alphonse Areola in the 78th minute to end Chelsea’s three-match winless Premier League run which stretched back to before Christmas.

Fulham wing-back Antonee Robinson was dismissed for a flying tackle on Chelsea captain Cesar Azpilicueta just before half-time to give the Blues a second-half numerical advantage.

“I think it was (a critical goal),” the Chelsea boss said. “I think considering Fulham’s recent form and our recent form going into the game.

“For us, we know we wanted a win and we needed a win. The players approached it really well, we started the first half, we controlled the game. A little bit sloppy at the end of the first half but with 10 men the challenge was ‘can we take advantage of this?’.

“Can we stay in their half? Can we force them open? Can we move the ball quickly? And it wasn’t easy, they know what they’ve got to do.

“Then Mason got the goal and his overall performance in the game was outstanding but the spirit of the whole team and the desire to win that game was great.”

The goal was Mount’s first in the Premier League since September but Lampard was full of praise for the youngster, even drawing comparisons with his own career.

“I thought Mason’s performance all-round was fantastic, he’s been very, very good for us, this year and last year.

“He’s a big example of when I mentioned youth, Mason turned 22 this week, and I mean – I came to Chelsea when I was 22 years of age and I wasn’t blowing the world away in my first year at Chelsea, I was finding my feet. Mason’s already got so many games under his belt.”

Solskjaer: Man Utd stars must ‘prove’ that they can win trophies