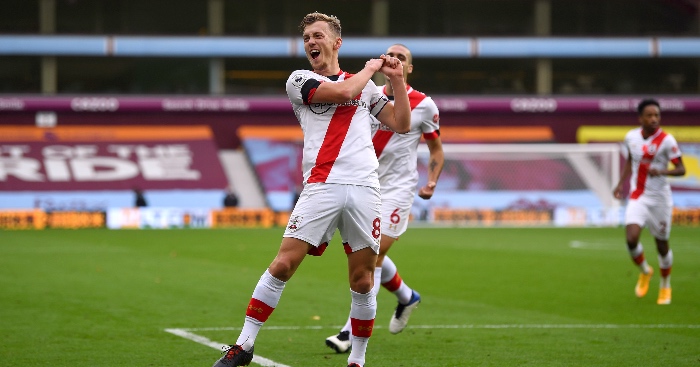 Ward-Prowse has been one of the Saints’ star performers this season.

They currently sit ninth in the Premier League table with a game in hand.

FEATURE: The pros and cons of shutting football down again

The Englishman has scored four goals and assisted three more in 16 appearances.

Hoddle has now backed Spurs to make the signing as a replacement for Christian Eriksen.

Writing on his Evening Standard column, Hoddle said: “I would probably look at a player who can pick passes. Someone like Bruno Fernandes.

“When Christian Eriksen was on song for two-and-a-bit seasons, he could hit those passes to Dele Alli or Harry Kane or whoever made those runs.

“I am not sure if it is Jose Mourinho’s style of player. They have some decent players there, but Giovani Lo Celso and Tanguy Ndombele are different, they run with the ball, they are holders of the ball. But someone who can hurt you with a pass, a real creative player.

“The lad at Southampton, James Ward-Prowse, would be a major asset. Him and Pierre-Emile Hojbjerg would be a nice balance. But I have said it before, I do not think Jose would like him [at Spurs].”

Harry Winks has made numerous appearances this campaign, yet he continues to be linked with an exit due to a lack of game time.

Ward-Prowse would certainly be a good long term replacement for Eriksen if Spurs can afford him.

The Saints would be unwilling to let their star man go, however, so a big transfer fee would be expected.