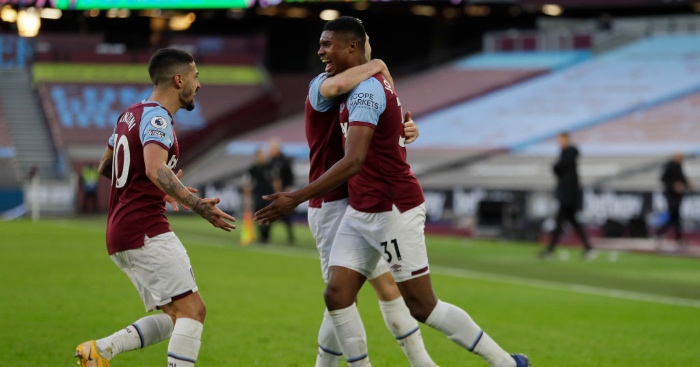 Everton v West Ham could be an even game, but David Moyes has an ace up his sleeve if he chooses to use him…

Tactical pattern
While Carlo Ancelotti is often painted as a more attacking manager than he really is, David Moyes’s pragmatism is exaggerated; this is likely to be a very even contest territorially between two managers with similar attitudes towards pressing, mid-blocks and conservatism. But Everton’s considerably better form suggests the hosts may edge the contest on possession and speed of play.

West Ham will have to be patient for periods, with a focus on counter-attacking through the returning Michail Antonio, although on balance we can expect a game with plenty of resetting from set-pieces as two tired but well-organised teams show caution at Goodison Park.

Key battle zone
Everton’s left wing could be an area of strength and weakness. Richarlison returns to the side following a head injury to inject much-needed directness into the Everton attacks, and his tendency to cut inside to join, or assist, Dominic Calvert-Lewin is a potential issue for right-back Vladimir Coufal. He is repeatedly struggling to cope on that side without adequate support, with Jack Grealish, Sadio Mane and Neal Maupay all dominating in recent games.

But Richarlison doesn’t always get back quickly, hence Ancelotti’s decision to start playing more defensive full-backs. Jarrod Bowen is an excellent footballer, and with Michail Antonio back making runs into the channels, Bowen should be able to launch counter-attacks down that side, putting Ben Godfrey under pressure.

Keep an eye on… Sigurdsson v Soucek and Rice
The biggest factor in Everton’s return to form and four-game winning streak has been the selection of Gylfi Sigurdsson in central attacking midfield. The Iceland international has created 13 chances in those four games, by far the most among Everton players, and has provided three goals or assists. In the absence of overlapping full-backs, Ancelotti is increasingly reliant on Sigurdsson for Everton to progress the ball into the final third.

However, West Ham’s midfield pair Declan Rice and Tomas Soucek is one of the most consistent, powerful and dominant in the division. They won’t give Sigurdsson an inch. Since Everton’s number ten is prone to disappearing in difficult matches, Moyes can expect to win the midfield battle.

One to watch… Said Benrahma
West Ham fans have been frustrated to see Benrahma repeatedly left on the bench even when their team are struggling to create chances, but at least Moyes has finally revealed the reason why: “We’re building Said up and making him realise the importance of making the correct pass and keeping the ball when it’s not on, because getting the ball back off teams in the Premier League is not easy once they’ve got it.”

Most Hammers fans want their team to be taking more risks, but it sounds as though Moyes does not want that sort of creativity in the side. Perhaps that explains why Benrahma was so cautious during a 30-minute cameo in the 0-0 draw with Southampton, in which he maintained a 100% pass accuracy and failed to complete a single key pass. Benrahma needs to be freed to work his magic, not caged.

Ranking Arsenal’s past 10 summers from worst to best