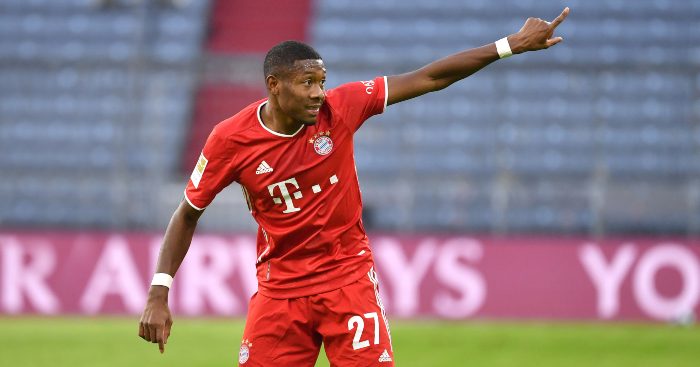 The Austria international, who has played over 400 times for Bayern, has rejected a new deal in Germany as he decides on the next part of his career.

His current contract at the Bundesliga club expires in June 2021, meaning he can talk to interested clubs from January.

Hamann told Stadium Astro: “I think his preferred destination was always Spain. I’m not sure if he wants to go to the Premier League and come to Liverpool.

“The fact that Liverpool are interested is not a surprise because Alaba has probably been one of the best centre-backs – after Van Dijk – for the last 12-18 months. I just don’t see Bayern Munich letting him go in January.

“[Dayot] Upamecano from Leipzig, who is absolutely tremendous at the back, Leipzig won’t let him go.

“I don’t think there is any chance whatsoever that they get a centre-back who will improve them for the next six weeks or next few years.”

On Upamecano and Liverpool’s transfer plans, Hamann added: “I think he has a clause in the summer. These clubs won’t sell.

“He [Klopp] needs to see what he can get in January. You look at players who are not in the Champions League, maybe a bit lower down, and I’m not sure this is the type of player that Liverpool need to improve.

“If you have to play Fabinho and Matip, yes he hasn’t stayed fit but maybe you get eight or 10 games out of him. [Jordan] Henderson can fill in. Fabinho is hardly injured. I would stay put for now.

“If an opportunity arises then of course you have to think about it, but I don’t see any of the top clubs letting their best players go in January. I think it’s unlikely they are going to buy one.”

Saints returned to their ‘expressive’ selves in the FA Cup, says Redmond