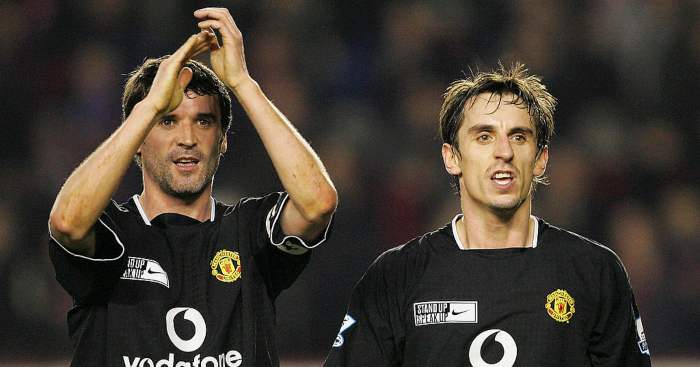 Neither Manchester City or United could come out on top during a bore draw with both teams struggling to create chances.

With a busy festive period coming up, Keane was discussing Man Utd squad rotation during the post-match analysis before having a joke with Neville about their playing days together.

“I always say, when you’re at a big club, the players pick the team,” former Man Utd captain Keane said on Sky Sports.

“You train (well) all week and the manager may say ‘well, I have to play him’. That was my mindset when I was playing for the club.

“Squad rotation is all good but don’t be rotating me. I’ve got to be playing in the team because hopefully I can bring something to it.”

Motioning towards Neville, Keane added: “Chop and change some other lads, Gary and one or two others, but leave me to it.”

Neville replied: “I was a stalwart at right-back, I’ll have you know,” to which Keane playfully responded: “You were the only right-back at the club. We were stuck with you!”

Moyes: Officials and wastefulness cost us against Man Utd