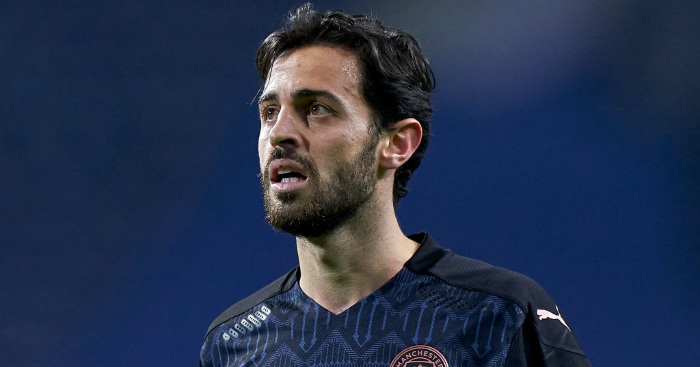 Bernardo Silva has claimed that this “experienced” Manchester City team is “ready” to win this year’s Champions League.

Man City eased through to the knockout stages of this year’s Champions League. They finished top of Group C with 16 points. They beat Marseille 3-0 in their final group game on Wednesday.

This means that City have progressed past the group stages in Europe for seven successive seasons.

They are yet to progress as far as the Champions League Final, however. The furthest City have reached in the competition is the semi-final stage. They got that far in 2015/16. They missed out on a place in the final as they lost to Real Madrid.

For the past three years, Pep Guardiola’s side have been knocked out at the Quarter-Final stage. Last season, Lyon beat City 3-1 to dump the English side out of the competition.

In an interview cited by talkSPORT, Silva suggested that City are now more prepared than ever to win the Champions League.

“We all know this competition is very difficult to win – it’s a special competition – but this club wants to be one of the best in the world and it has to do better in the Champions League.

“We have shown we are one of the best teams in recent years but, in the knockout stages of this competition, the small details matter. It’s a competition where we needed a bit more experience.

“In the last few years we have gained some of that experience as a team, so now we feel more ready than in previous seasons.

“Sometimes you also need a bit of luck but this is football, it’s an unpredictable game. We believe we can do better and we must do better than in previous seasons.”

Moyes: Ogbonna is doing ‘great’ with his injury rehab