Boris Johnson announced support for a UK and Ireland bid to host the 2030 World Cup this week – and we’ve been excited ever since.

With football assuming the status of modern-day national religion, Britain would be the ideal location for FIFA’s month-long extravaganza. That’s before factoring in existing infrastructure, ease of access and a diverse population that would guarantee most competing nations a home crowd.

The tournament will contain 48 teams by 2030, meaning around 16 venues would be needed. But FIFA have a strict set of criteria in place for World Cup stadiums.

Venues must also be able to provide excellent training facilities and should ideally be close to an international airport.

With all this in mind, we’ve taken a look into how the potential bid could shape up in terms of stadia.

It might be a pain in the arse to travel to, while queuing at Wembley Station after a night game remains a testing experience for all but the most zen of individuals.

But Wembley retains its status as one of the most iconic stadiums in the world.

Able to hold 90,000 supporters, Wembley would be guaranteed to host the opening game and the final. Anybody banking on a repeat of 1966 should be forced to share their pint of liquid optimism with the rest of us.

Our only condition would be that, unlike 1966 and Euro ’96, England matches are shared across the country. 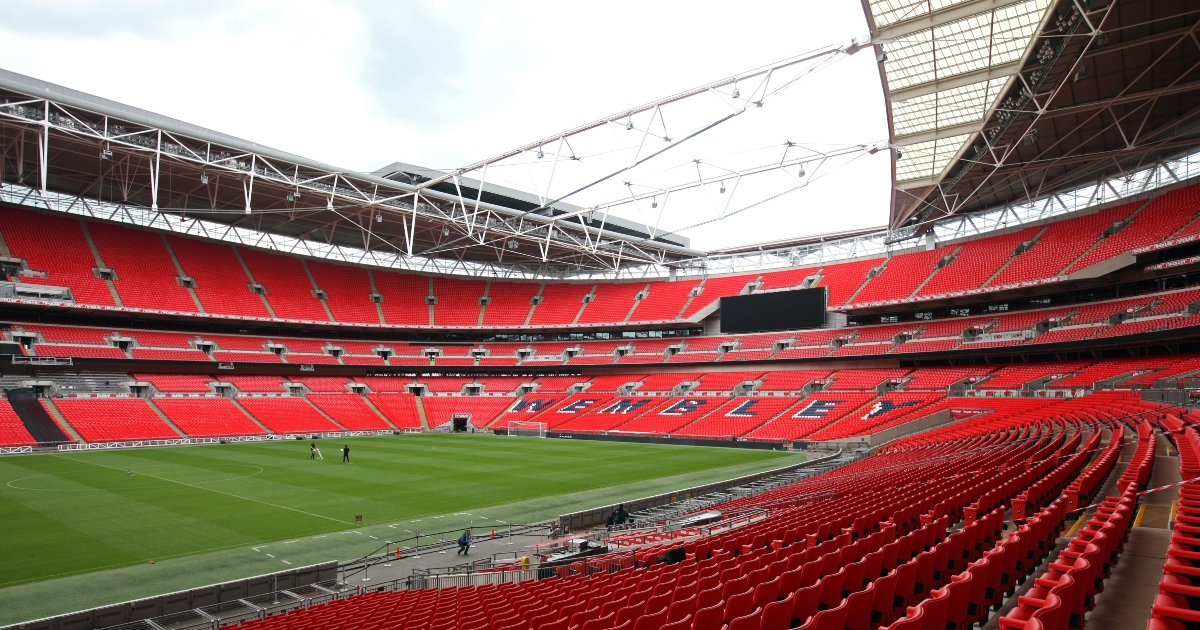 FIFA prefer matches to be spread out across the host country, which means that selecting venues would not simply be a case of using all our largest stadiums.

Current rules state that only one city can host two venues, meaning it’d be unlikely to see four used in London.

With plans to redevelop Stamford Bridge stalling and the atmospheres at Arsenal and West Ham coming under criticism, we propose that Tottenham’s new stadium provide the second venue in the capital.

It may have cost £800million, but the ground itself is stunning. With an old-school style kop end and pint glasses that fill from the bottom up, there’d be plenty for visitors to enjoy. 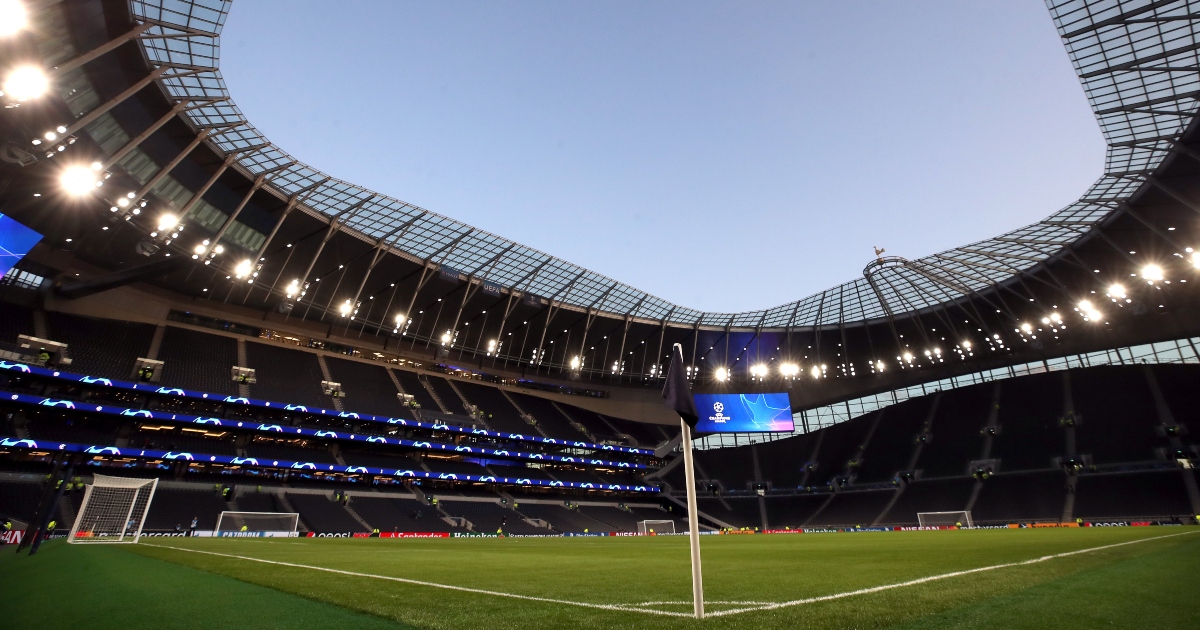 It may be somewhat creaking at the sides, but Old Trafford remains the biggest club ground in the country.

Tourists come from far and wide to visit the stadium and the home of Manchester United would be certain to host any matches in a British and Irish World Cup.

A minor facelift here and there, and it would make a perfect semi-final venue. 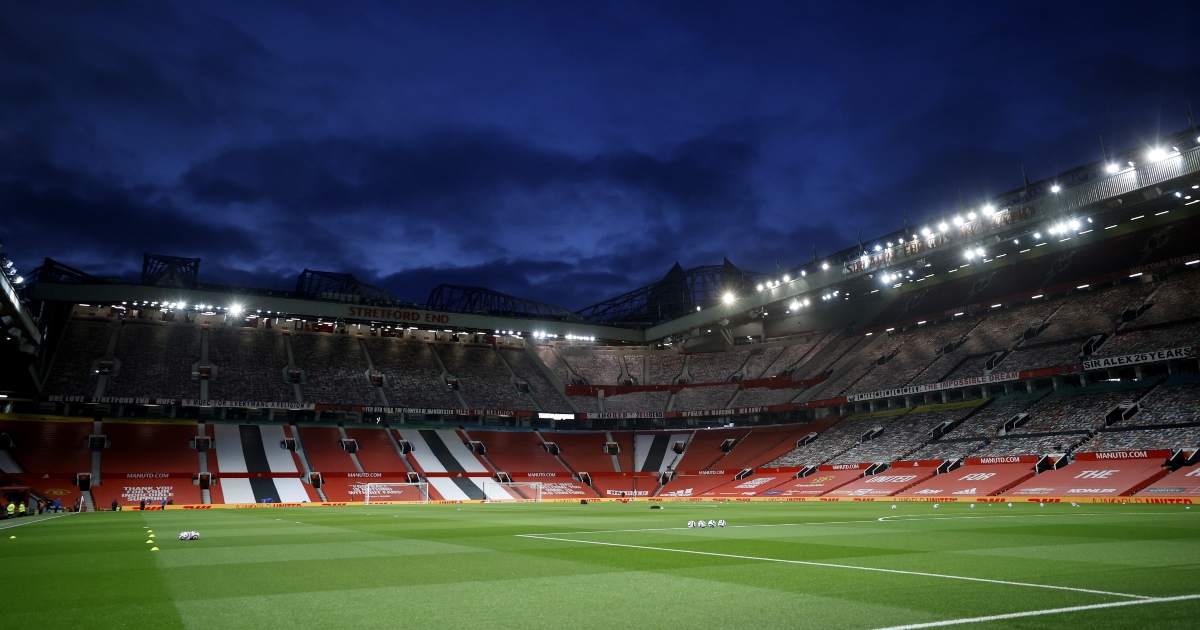 The atmosphere generated by Liverpool fans has made Anfield one of the most famous stadiums in world football. Any night game held there would make for compelling viewing.

Football is central to Liverpool’s cultural identity and the city played host to legends such as Pele, Eusebio and Franz Beckenbauer during the 1966 finals. A World Cup excluding it would be unthinkable.

Anfield has been redeveloped in recent years, with further plans to rebuild the Anfield Road stand that would take capacity over 61,000.

With similar vibes to Naples and Marseille, Liverpool can be the heart of a domestic World Cup. 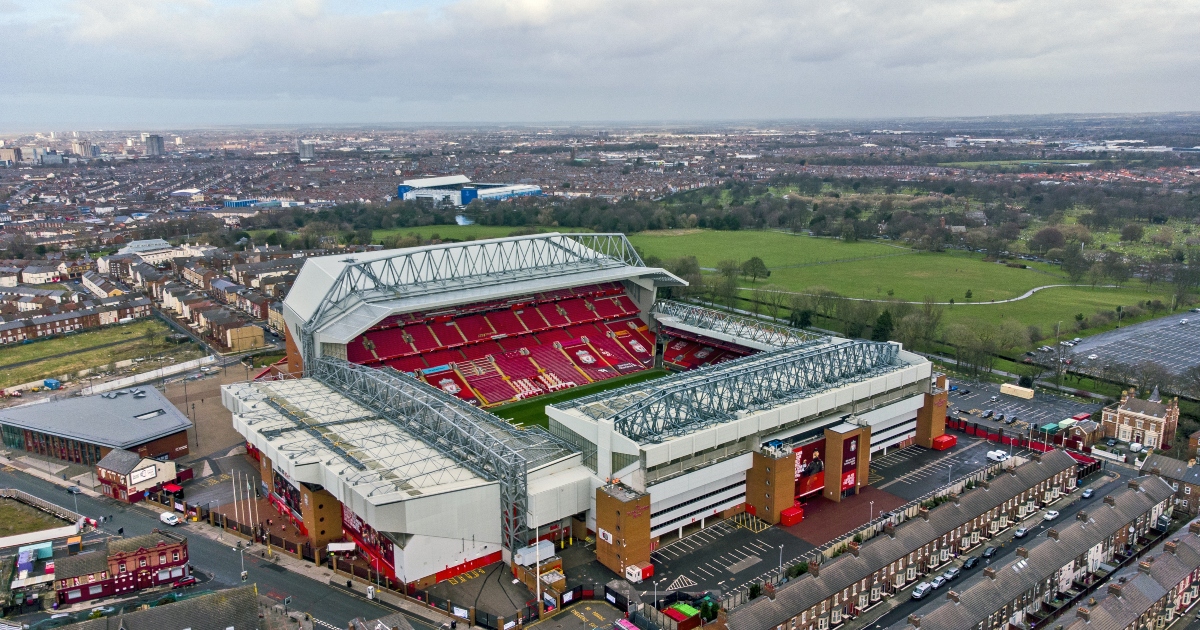 Celtic Park and Ibrox would also make compelling venues in Glasgow, but it’s hard to look beyond Hampden Park.

Steeped in history, the stadium holds the European record for highest ever attendance as 149,547 witnessed Scotland play England in 1937.

Due to host matches at Euro 2020, the current iteration of Hampden looks a bit tired. But renovation plans, which would include the pitch being lowered and stands bought closer to the pitch, should ensure the use of Scotland’s national stadium. 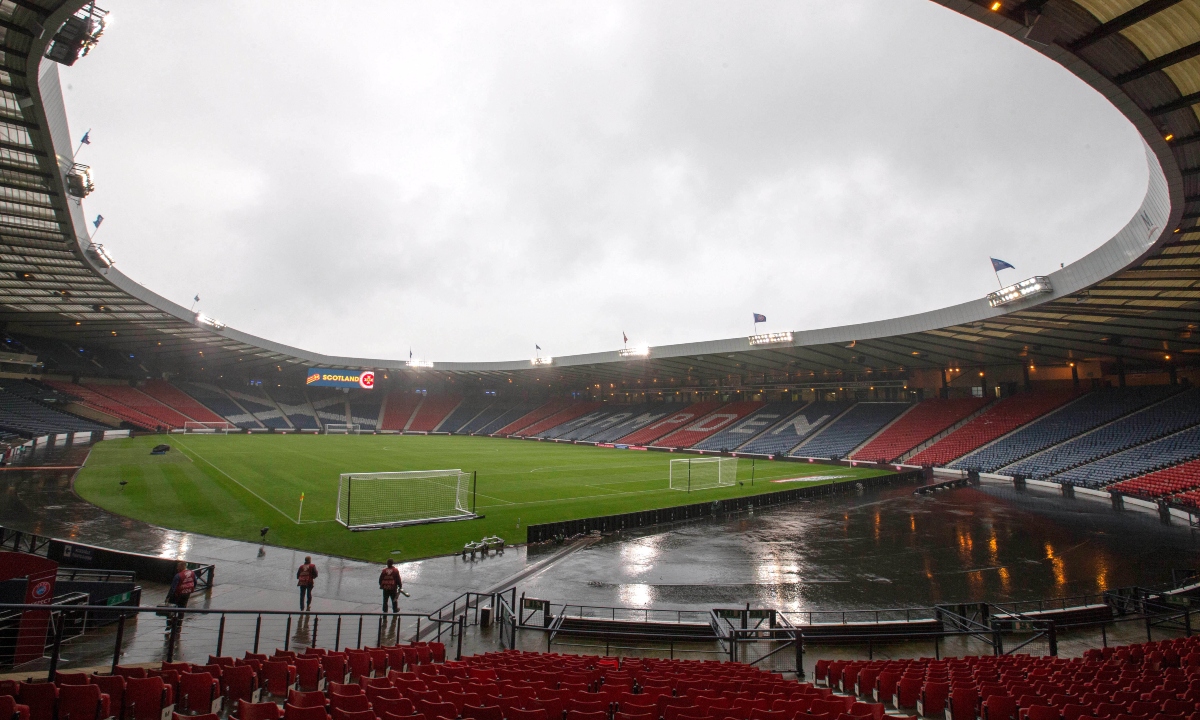 The decision to exclude both Celtic and Rangers in favour of the home of Scottish rugby shows that, if nothing else, we’re not afraid to make controversial choices. Yet even the thought of deciding between the Old Firm makes us break out into a cold sweat.

Besides, Murrayfield has been used for the occasional Hearts match in the past – including a friendly between Liverpool and Napoli in 2019 that attracted 65,000 spectators. It’s not hard to imagine a sell-out crowd if Brazil or Germany swung into town either.

Edinburgh is well-placed to accommodate thousands of tourists, meaning the inclusion of Murrayfield makes sense on many levels. 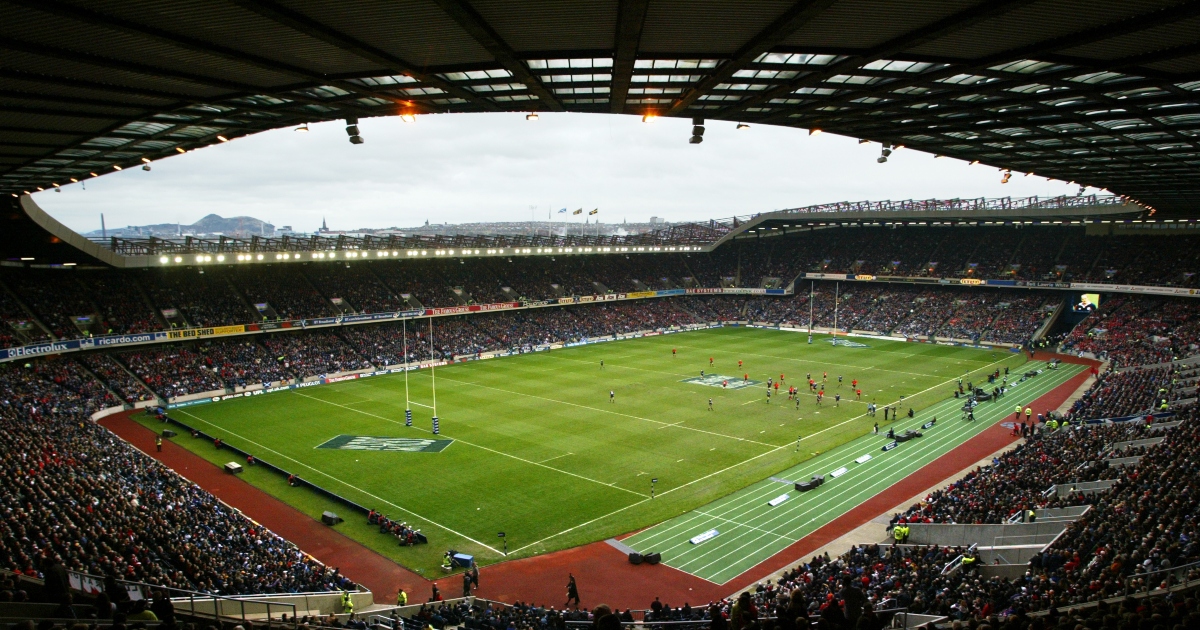 The national team may play their games at Cardiff City these days, but any World Cup games in Wales will surely be played in the Millennium Stadium.

And supporters would love the plethora of city-centre bars in Cardiff that surround the stadium.

With a capacity of 73,690, it would be a strong contender to stage matches in the latter stages of the tournament. 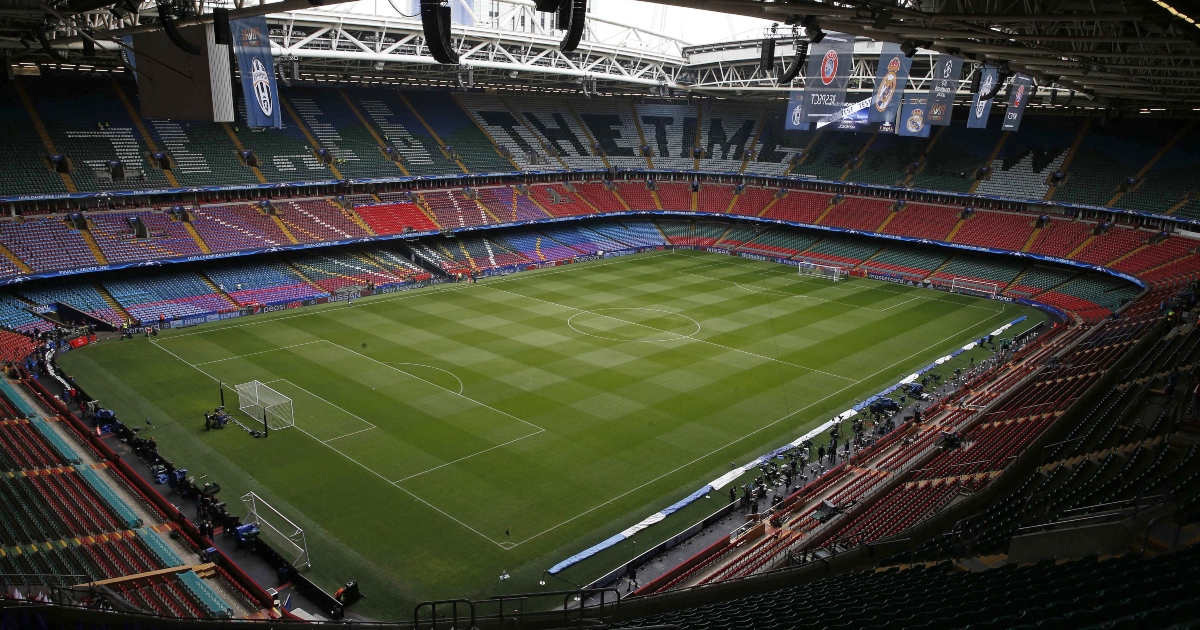 Ireland would be represented by the Aviva Stadium in Dublin (which would have to renamed for the tournament under FIFA rules surrounding stadium sponsorship).

Capable of holding 51,000 fans, the ground has previously hosted the 2011 Europa League Final and is scheduled to stage four matches at Euro 2020.

The vibrancy and warmth of Dublin would also make the city a popular destination for travelling supporters. 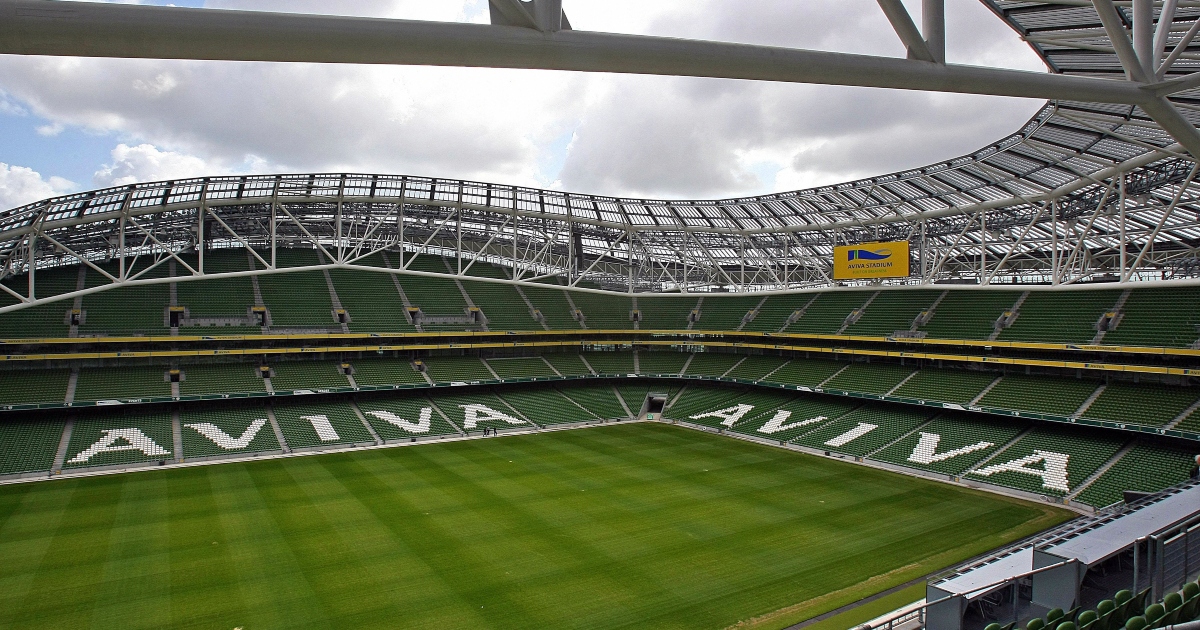 The gleaming ‘cathedral on the hill’ is an iconic stadium; a grand city-centre stage that, in its modern-day incarnation, dominates the area like the club that plays there.

With a capacity of 52,000, it would also be an ideal host for World Cup matches.

Rumours of a planned expansion to 60,000 have put on deep freeze under Mike Ashley’s ownership, but there’s no incentive quite like staging the Copa Mundial. 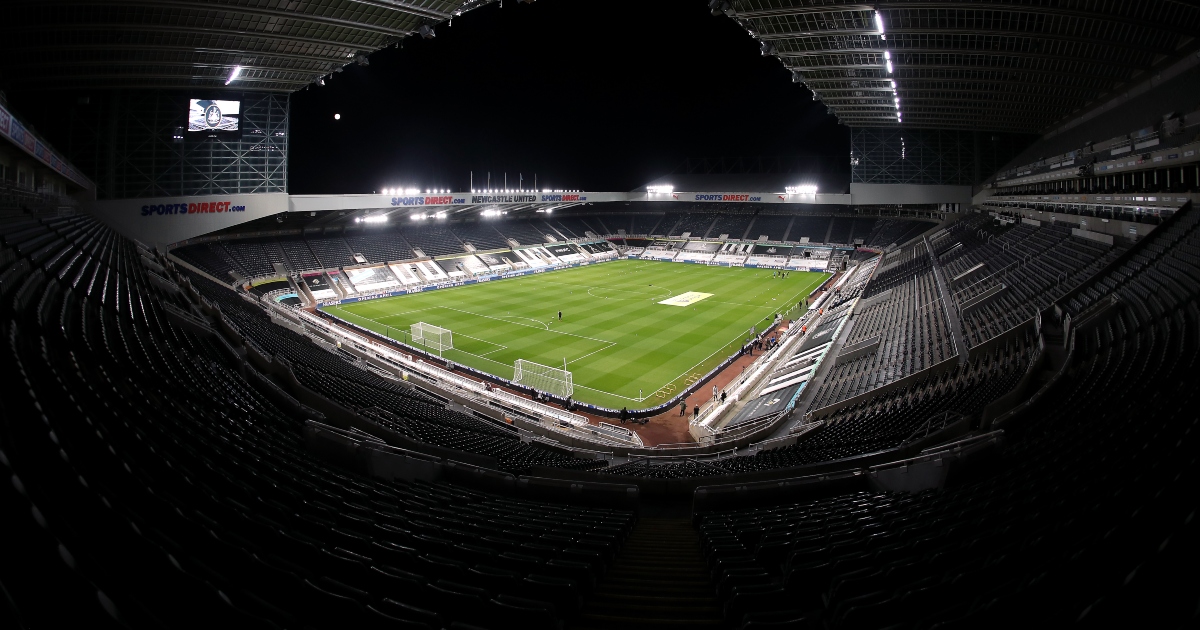 Birmingham is England’s second city and, with an urban area of 2.6million people, would demand a venue for any British and Irish World Cup.

Villa Park fits the bill perfectly. Having the distinction of staging England internationals in three centuries, the home of Aston Villa also hosted matches in 1966 and Euro ’96.

There are currently no plans for expansion, although plans to boost capacity to 50,000 have been mooted in the past.

If Aston Villa continue to consolidate in the Premier League then expansion shouldn’t be ruled out. 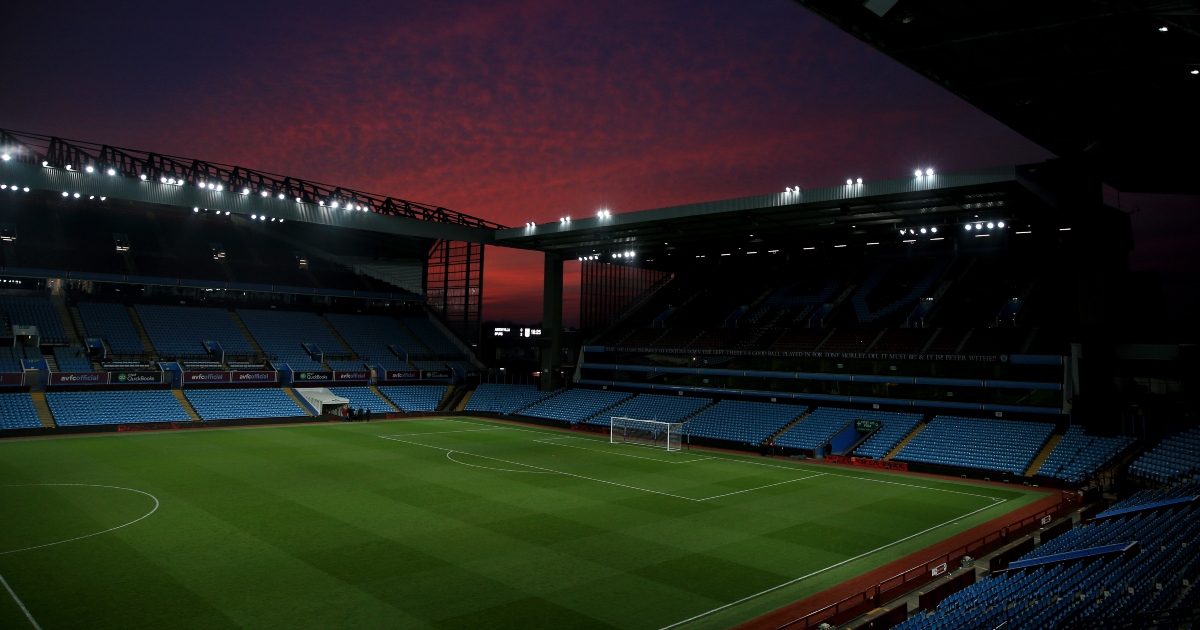 The city may not be a renowned tourist destination but Sunderland is situated close to gorgeous beaches, historic landmarks and the bustling nightlife of Newcastle.

The main reason for the city’s inclusion is the Stadium of Light itself. With room for 49,000 people, Sunderland have hosted England internationals in the past and the training facilities have been described as ‘world-class’.

The passion for football in the North East, while stereotyped to the point of fact, should not be underestimated. It would ensure huge local interest in the tournament and maybe entice visiting fans looking for a cheaper alternative to London to base themselves in the region.

If Gelsenkirchen and Lens can host major tournament matches, then so can Sunderland. 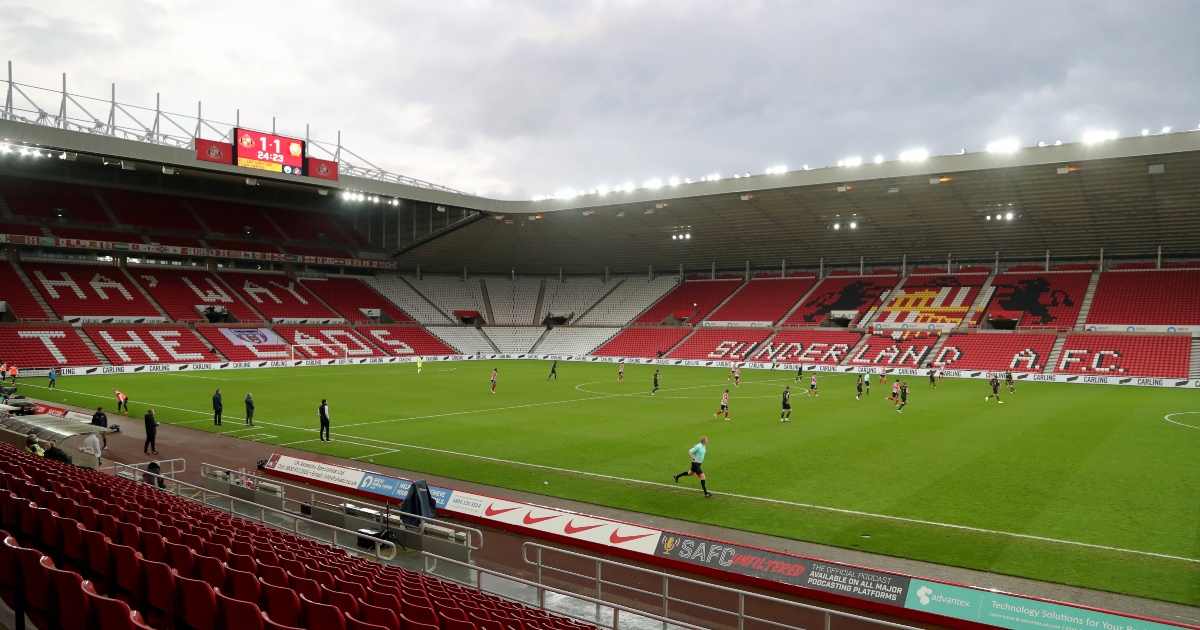 Leeds is one of the fast-growing cities in the UK, with tech companies falling over themselves to relocate to west Yorkshire. The cultural scene isn’t bad either.

The local team, Leeds United, are experiencing a renaissance too and are impressing in their first Premier League season since 2004. While it might be a stretch to imagine Marcelo Bielsa on the touchline in 2030, the club are looking to re-establish themselves among England’s elite.

Elland Road would have to be significantly redeveloped to stage World Cup matches, but plans are in place to build new stands as part of a gradual renovation, bumping the capacity up to 50,000.

Following England’s run to the semi-finals at the 2018 World Cup, manager Gareth Southgate described their pre-tournament win over Costa Rica at Elland Road as “one of the best moments of the summer for us”, adding: “The atmosphere created up there was brilliant.” 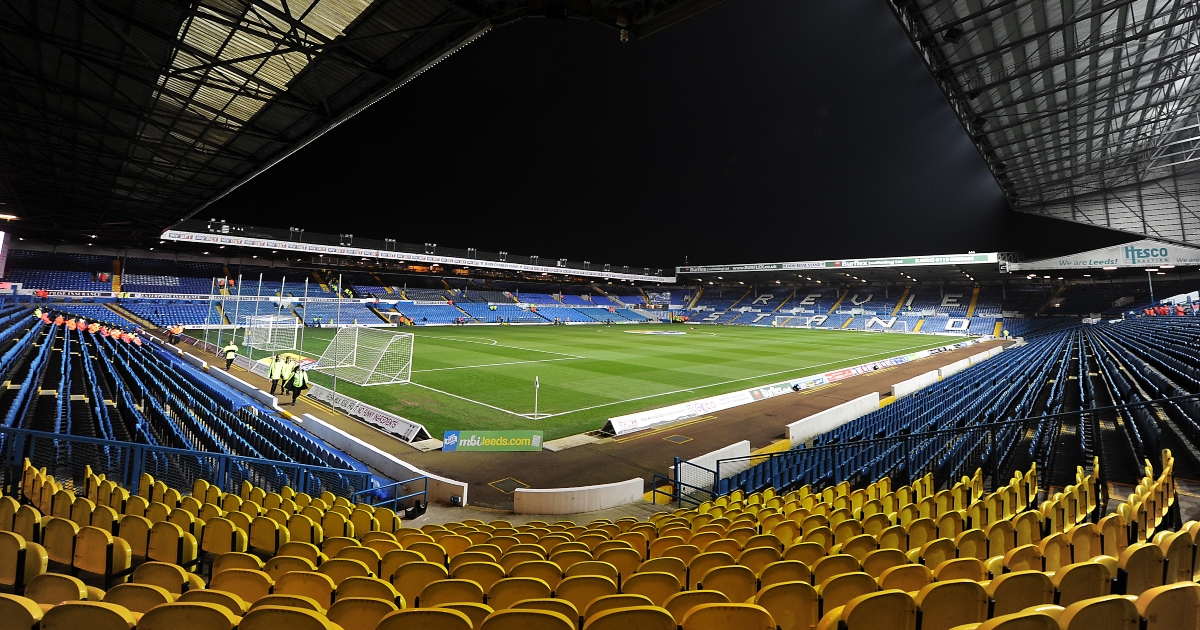 One of the major selling points of a UK World Cup bid would be the famous venues where professional football has been played for over 100 years, surrounded by streets where the people live and breathe football.

It’s for this reason we’d include Hillsborough, the home of Sheffield Wednesday. The club may be experiencing a prolonged decline, but Hillsborough was once one of England’s major stadiums. It was included in the 2018 bid, where a rebuilt Leppings Lane stand would have taken capacity to 44,000.

Sheffield is a city renowned for its sport, and Sheffield FC is the oldest known club in football history. It’d be a proud host of the world’s biggest football tournament. 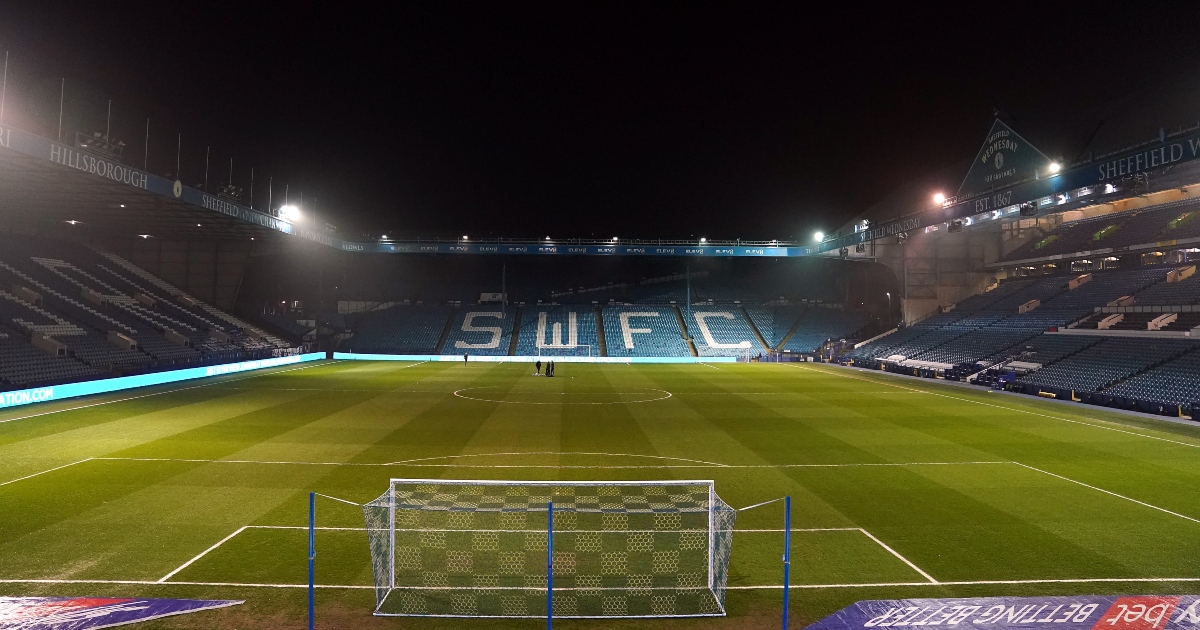 While Villa Park would be the main Midlands venue, the densely-populated region should be represented by a second stadium.

Leicester and Wolves are currently enjoying success in the Premier League, but we’d err against including either. While Molineux is being redeveloped into an imposing modern arena, its proximity to Birmingham would count against it.

Leicester have a stronger case. An enlarged King Power Stadium would make a fine host.

But Nottingham holds a myriad of attractions and would be an irresistible venue for group matches at any World Cup.

Plans to expand the City Ground to 38,000 would be dependent on Forest re-establishing themselves in the Premier League, but a stadium located next to the picturesque River Trent would showcase the diversity of British football. 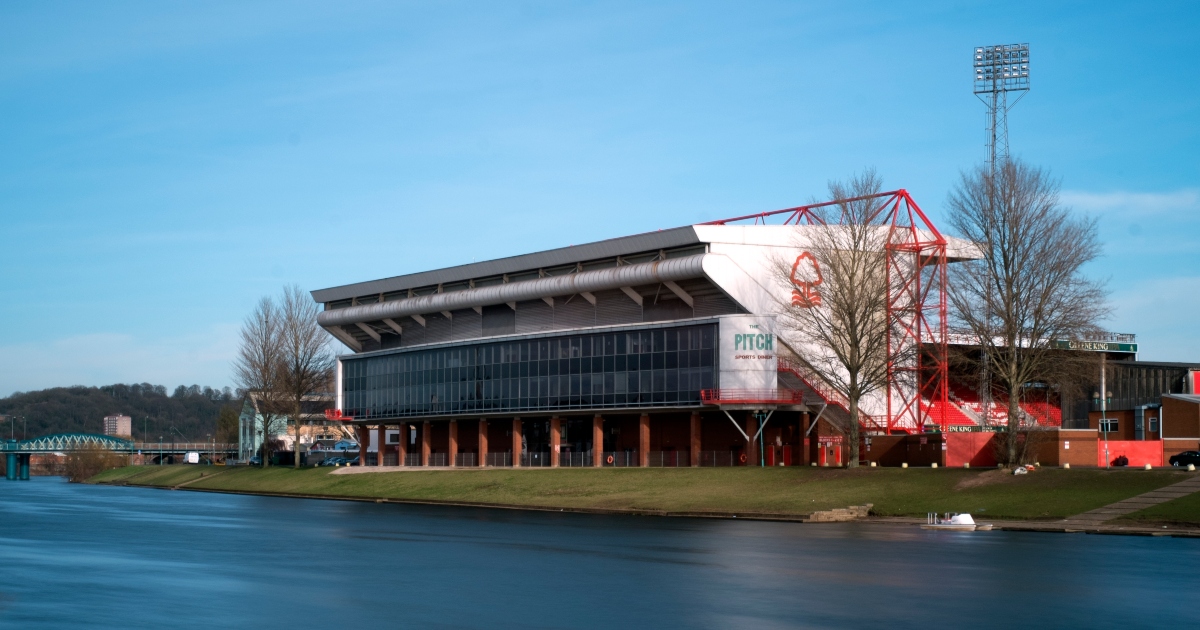 We considered Brighton, Plymouth and Portsmouth to host matches on the south coast, and all would make interesting host cities. But we have to accept that some dreams remain unrealistic.

If the south coast were to have a venue, St Mary’s Stadium in Southampton would likely be the front-runner.

Another stadium to have hosted England matches in recent years, this smart ground has the potential to be expanded to 42,000.

Southampton is located near the New Forest and the Isle of Wight, with good transport links to continental Europe. An invasion of the city by hordes of Dutch fans could be on the cards in 2030. 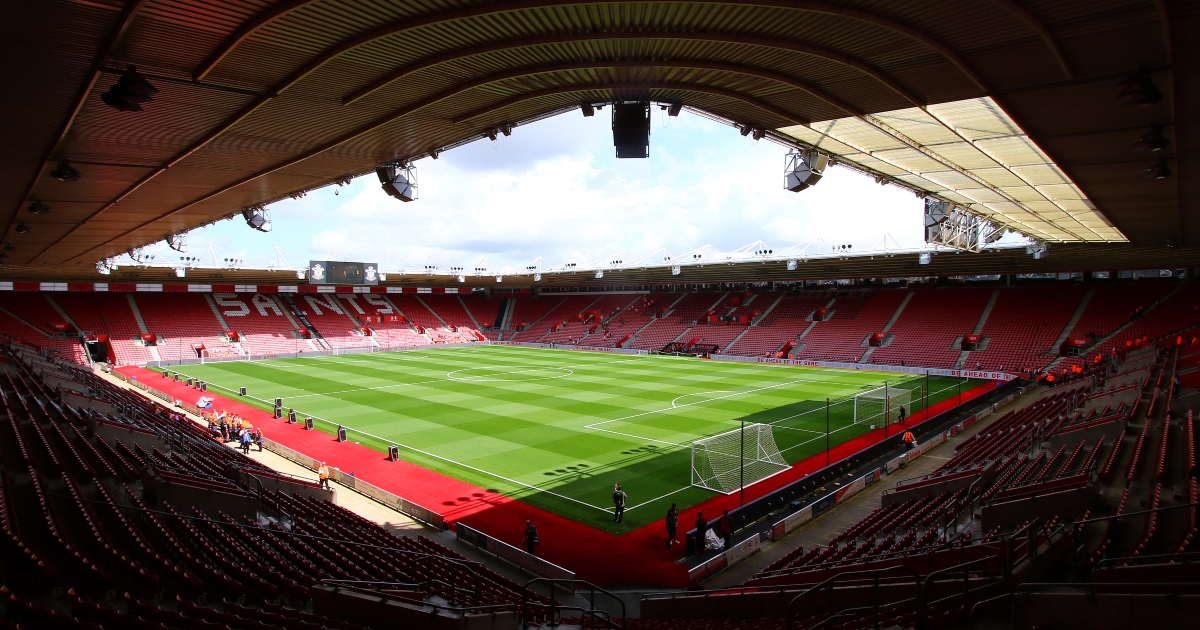 At this point, you may feel inclined to point out the stadiums we’ve excluded. Arsenal, Celtic, Chelsea, Everton, Manchester City, Rangers and West Ham to name a few.

Yet the 90 minutes of football are one factor in making the tournament a memorable one. Spending time in the host country, sampling cities unfamiliar to foreign visitors and going off the beaten track are all part of the appeal of travelling to a World Cup.

With this in mind, we propose Bristol as a venue for group matches. The regional capital of the West Country, Bristol is full of tourist attractions and English speaking tourists would find the local accent fascinating.

Contrary to popular stereotype, football is huge in the city – the amateur Downs League is the biggest standalone league in Europe.

Ashton Gate has recently been redeveloped, but with scope to push to 30,000 seats. Not every World Cup match would appeal to domestic audiences and the sight of a full stadium for Mali against Ecuador would be preferable to a half-empty Etihad. 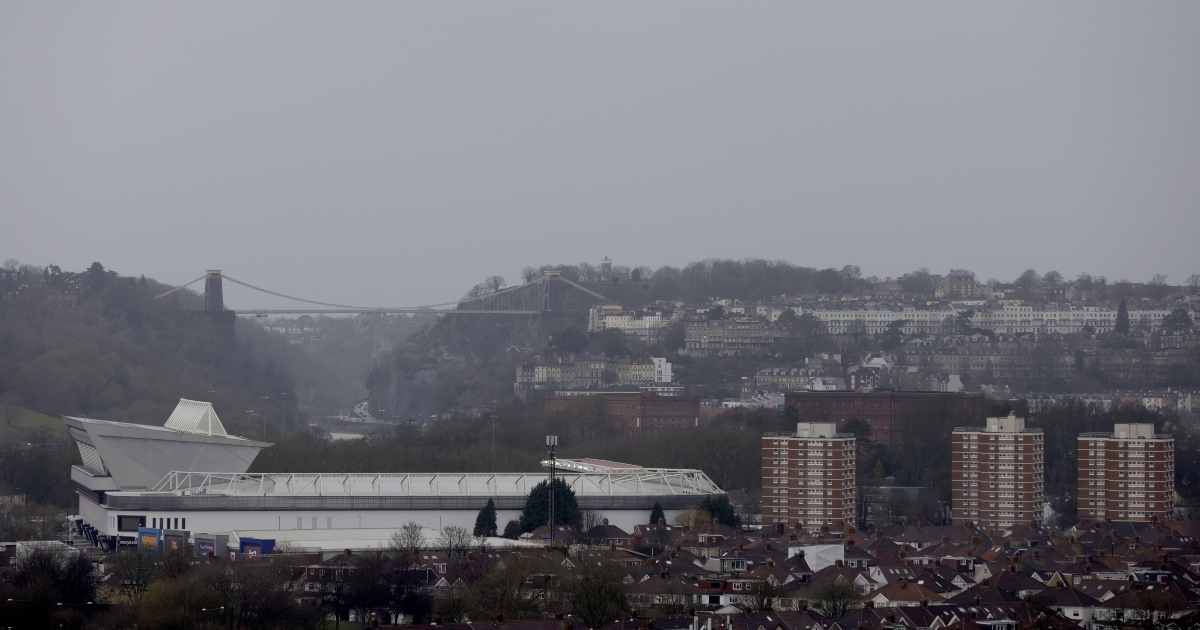 A celebration of the Adidas Jabulani – very round, very bad, very loveable

Can you name every country to compete at a FIFA World Cup?