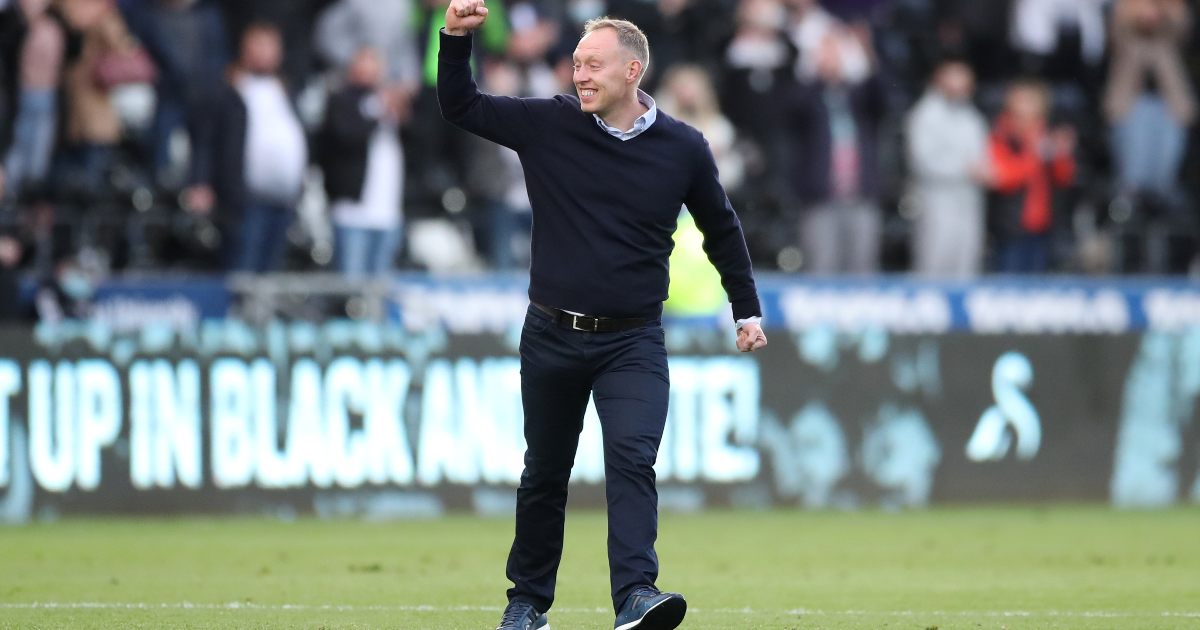 Swansea City’s Steve Cooper is being tipped to fill the managerial vacancy at Crystal Palace after his agent was spotted at Selhurst Park earlier this week.

Roy Hodgson, the current incumbent, announced on Tuesday that he would step down from his post at the end of the season, with Sunday’s trip to Anfield marking the end of a managerial career that has spanned six decades.

The decision, which came as no great shock, intensified speculation as to who Palace will anoint as the 73-year-old’s successor, with Frank Lampard emerging as an early favourite.

However, reports earlier this week suggested the former Chelsea man has withdrawn from the selection process, paving the way for a new candidate to take control.

Cooper is now being considered as one of the favourites for the job, with The Sun on Sunday claiming his agent has been seen in the Selhurst Park director’s box.

The 41-year-old, who guided England’s U17’s to World Cup glory in 2017, has exceeded expectations at Swansea, leading them to the playoff semi-finals in his debut campaign and the playoff final this time around.

Cooper employs a positive brand of football and is renowned for his ability to work with young players, utilising his connections with the England youth set-up to great effect: Marc Guehi, Freddie Woodman, Conor Gallagher, and Rhian Brewster have all been superb for Swansea.

Now, just 90 minutes stand between his side and the Premier League. They will lock horns with Brentford on May 29.

Speaking after Saturday’s playoff semi-final triumph over Barnsley, Cooper told BBC Sport: “As soon as I get home the laptop will be on and I’ll be looking at the opposition.

“Of course I’m proud. You’ve seen the journey of this football club, not just the two years I’ve been here. It’s a unique one and this is another chapter.

“But it’s not finished, we’ve got another one next week. It was a privilege to be in the stadium tonight, with fans being here and getting to Wembley.

“It’ll be a night to remember but I also know my biggest emotion is getting ready for next Saturday.”

Leicester v Newcastle: Follow all the action LIVE on F365