Home All The News Brentford, Swansea call for increased capacity at play-off final 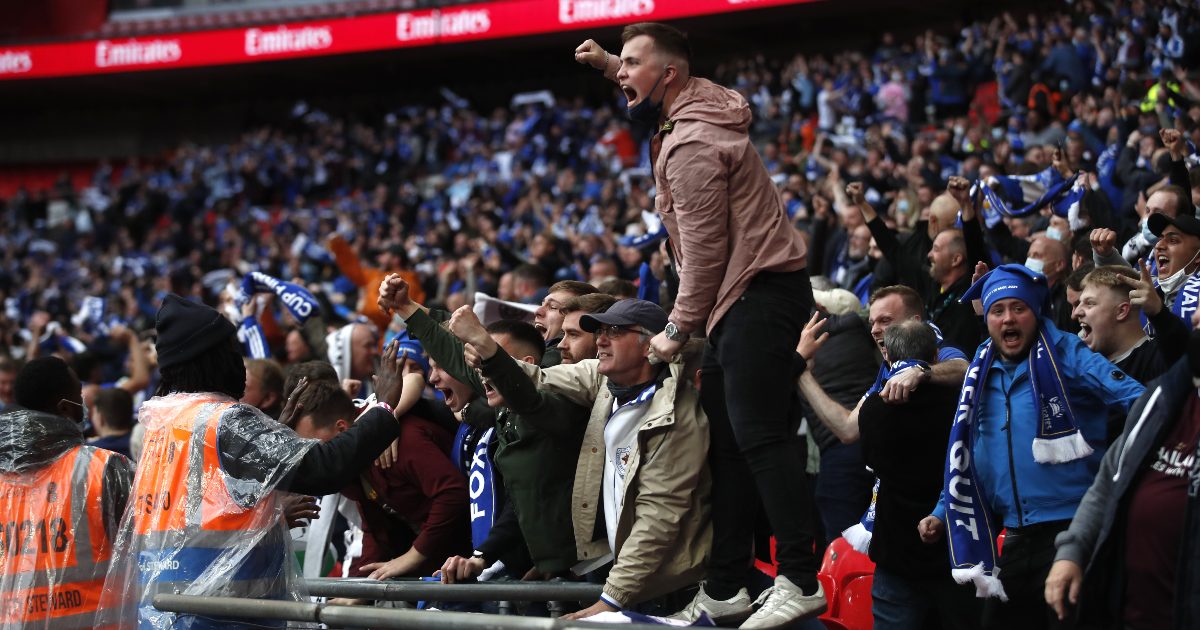 Brentford and Swansea City have called for more of their fans to be allowed into Wembley for the Championship play-off final.

Both clubs have questioned the 10,000-capacity limit set for the match, compared to the 21,000 who were present as Leicester beat Chelsea in the FA Cup final earlier this month.

Brentford chief executive Jon Varney called the decision “incredulous and unjustifiable”, and admitted that the football authorities were “powerless” to increase the crowd limit without Government intervention.

Crying in the kitchen at the noise of football fans…

Varney said: “We feel it is unjust that only a few days ago, more than 20,000 fans were admitted to the FA Cup final and advanced discussions were taking place for Wembley to host the Champions League final with a similar number of fans attending.

“We find it incredulous and unjustifiable that the Championship play-off final will be restricted to just half that number.

“The 12 Sky Bet play-off semi-finalists joined together last week to plead for an increased capacity, but to no avail. We want to make one last call for something to be done to allow more fans in.”

Fans have launched a petition against the terms of the existing arrangement, as both clubs will only have 4,000 supporters each cheering them on towards a place in the Premier League.

Swansea chief executive Julian Winter described the allocation as “unfair”, adding: “The FA Cup final recently hosted over 20,000 spectators which helped generate a fantastic atmosphere for both teams – something which has been sorely missed over the past 14 months.

“Supporters are the lifeblood of the game we all love, and it is such a shame that more of them cannot be at Wembley to cheer on their team in what will be a brilliant occasion for all those clubs involved in the play-off final weekend.”

League One play-off finalists Lincoln have also registered their disappointment at receiving less than 4,000 tickets for their match against Blackpool, describing the allocation as “disappointing”.