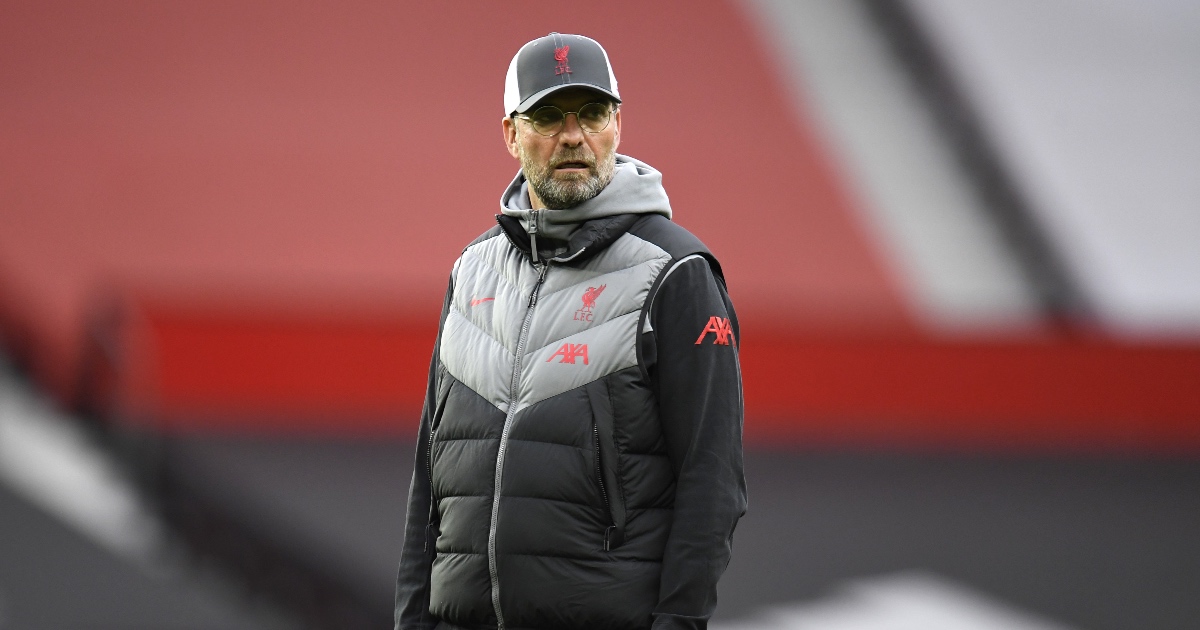 Jurgen Klopp says he’s ‘excited’ by the prospect of Liverpool challenging for a top four spot on the final day.

The Reds overcame rivals Manchester United on Thursday night to keep them in contention for Champions League qualification.

They need wins in their final three fixtures to have any chance of overtaking Chelsea or Leicester.

OPINION: Moore reasons to be cheerful for Sheffield Wednesday fans

When asked about the top four race, Klopp said: “Most of the time I’ve been in a chasing role so if I’m enjoying it, I don’t know. Sometimes yes, but I’m used to it.

“It hasn’t happened a lot to me that the teams I’ve coached were running away or whatever, so it’s a normal situation. It’s a good situation.

“Usually, when I’m involved, seasons go to the wire. I can’t remember many seasons when we didn’t play for anything in the last few games. It’s like this again and it’s all good. It’s exciting.

“Last night was very much needed, but it gave us a good feeling as well. After a long season, playing Thursday, Sunday, Wednesday, Sunday is a tough one, but let’s give it a try.”

After picking up his first win at Old Trafford, Klopp takes his team to West Brom on Sunday afternoon.

Speaking about the run-in, Klopp continued: “These three games can have an extremely positive outcome.

“Most of the teams in the world fight the whole year to be in a position where three matchdays before the end they have it in their own hands to go to the Champions League, and we are one of them.

“So as much as the season was full of different challenges and problems, we are in a situation all of a sudden and that’s good.

“Yes it’s positive, but we don’t now make the second step before the first. We played last night, we recover now, we are fully focused on West Brom and we will see what will be the outcome there. If we can make it, that would be really good.”

The German was also asked about his relationship with Sadio Mane, after the forward appeared to reject his handshake following the win over United.

The manager replied: “I cannot make a bigger story of it as it is. Football is an emotional game and everyone expects from us to control our emotions always but it doesn’t work out always, that’s the case.

“Even when I speak about that already I can see the headlines but that’s not the case. I am completely relaxed about that.”