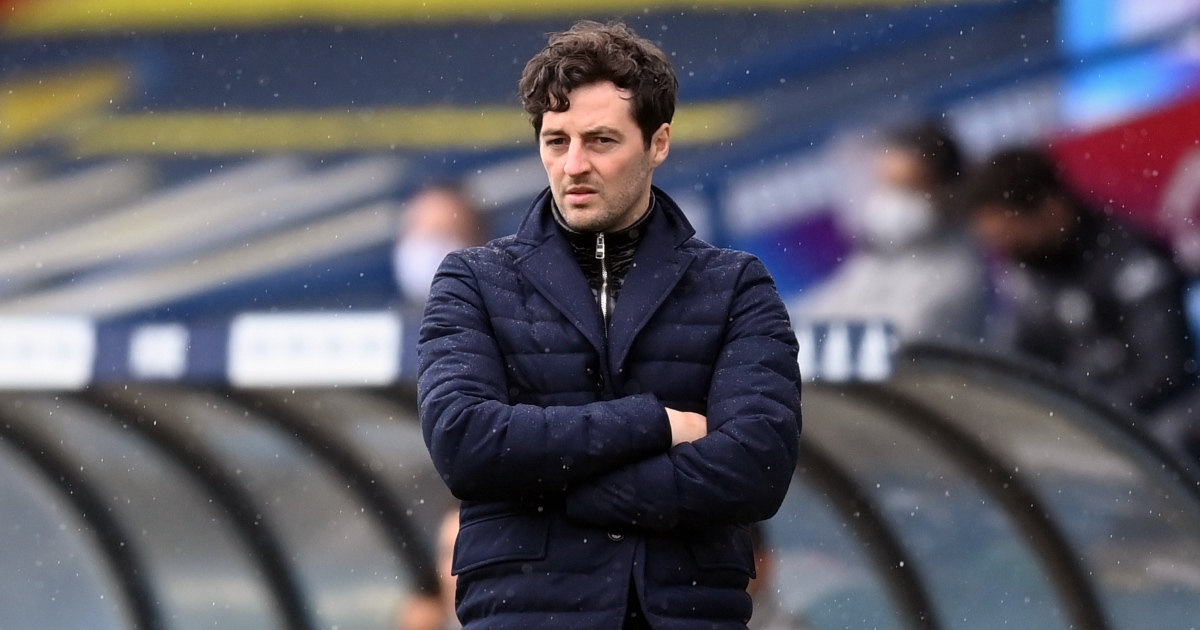 Interim Tottenham boss Ryan Mason wants the club and fans to be in unison amid a fractious time in the wake of the proposed European Super League.

Spurs supporters are unhappy with the owners and chairman Daniel Levy for their part in the failed breakaway and years of perceived lack of investment in the playing squad.

The club have this week announced the proposed introduction of an elected fan representative on the board, with full voting powers, but there is still ill-feeling, with several protests planned between now and the end of the season.

MAILBOX: How the Shaw, Wan-Bissaka narratives cloud our judgement

Mason, a boyhood supporter, finds himself in the middle as he accepts the importance of the fans, but also lauds the job Levy has done during his 20-year tenure.

Mason said: “I respect the fans, they’re the heart and soul of the football club and their opinion matters, it really does.

“We want our fans, our team, our football club to be aligned, all pulling in the same direction. But what I will say, our chairman and our board have done incredibly for this football club in the last 10-15-20 years since they’ve been here.

“I know how fans see that, I know how fans respect that as well. The most important thing for me is the connection between fans, players and everyone involved in the football club.

“They’re entitled to their opinion, there’s also Wednesday next week when they can come and help and support the team. I’m sure that’s in the back of their minds as well, to get back in our beautiful stadium and hopefully help the team, will be a massive bonus for them.”

The 29-year-old is in charge for three more games while Spurs try and find a permanent successor for Jose Mourinho.

Mason temporarily left his role as head of player development to take over the first team on an interim basis and is due to return to that role in the summer, but he gave his first real hint that he has got the taste for management.

“In terms of my future, I can’t really answer questions on what is going to happen,” he added. “All I know is that I am here for the next three games and then also the conversations to return to the job I was doing as the head of player development, which is an important role at the football club.

“In terms of management, I love what I am doing, it’s incredible, I love representing the club and having the honour and responsibility of helping a set of players get football results because there is nothing better.

“The conversations will happen afterwards, the expectation is to return to what I was doing but we’ll see.”

Spurs need a miracle to get back into the Champions League next season but are still in the hunt for Europa League qualification, though they will likely have to win all three of their remaining games to do it, starting with Wolves on Saturday.

“The target, and I might sound like a broken record, is to get as many points as possible and see where we finish,” Mason added. “We can’t look ahead. It’s very difficult in the Premier League to win three, four, five games in a row. We know that. We respect the opposition.

“Hopefully we can get a positive result and at the end of next week hopefully we’ll see where we are, but of course we want to be in European competitions. Of course at this football club that’s what we strive for.

“That’s what we want and what we expect, to be in the Champions League and going forward of course.

“Of course, since I’ve been here as a player, over the past 10 to 15 years, the chairman has done an incredible job in taking the football club to the next level and the fact that we’re sitting here now saying we expect Champions League, that’s what we want and expect, I think that goes to show the expectations within the club and outside it.”

Wales international Ben Davies has been ruled out of Spurs’ last three games with an ankle injury and Mason does not know whether he will be fit for the Euros.

“I am not sure. Ben was out doing some individual work and hopefully he will progress very nicely over the next few days and the next week,” Mason said.

“It is too early to make a decision on the Euros but I am sure Ben feels confident on that.

“We just know he has been out for such a long time, it is not very realistic to expect that he will return to training or play a game in the next 10 days.”