With Solskjaer’s side having to play three games in the space of five days, it was little surprise to see the Red Devils opt for a much-changed starting line-up.

The former player told Betfair: “I cannot agree with so many changes for United in the Leicester game, I understand that they have a big squad and many players that need to play and rotation needs to happen. It was good to see Juan Mata, Brandon Williams and Donny van de Beek getting some game time but for me it wasn’t the right moment for so many changes.

“Sometimes when you don’t play for months or only get five or ten minutes here and there, then all of a sudden you start against a solid team like Leicester you aren’t in the best shape and you aren’t going to play the best game of your career, when this happens it’s obvious that the opposition will take advantage of that.

“I wanted to see United push City all the way, but I understand that there is also the Europa League final to prepare for.

“You can see that City are in a strong position with the amount of quality in the squad they have, they have now won the title three times in four years which is a big achievement and it shows consistency and ambition to keep winning. United have the base and foundation which they have built under Ole, slowly but surely I believe they can challenge this City team and be contenders, but only if they correct the mistakes of this season.

“The biggest issue this season has been the amount of times United have been chasing games, and while they have done well to win lots of games from losing positions, as we saw against Leicester that isn’t always the case.

“I expect Ole to put out a strong team against Liverpool as United need a win to guarantee second place and it will be a great way to do it by beating their rivals, especially after the season they have had. Not only that, but a United win will also damage Liverpool’s top four hopes, so there is a lot at stake and it means the three points are even sweeter.” 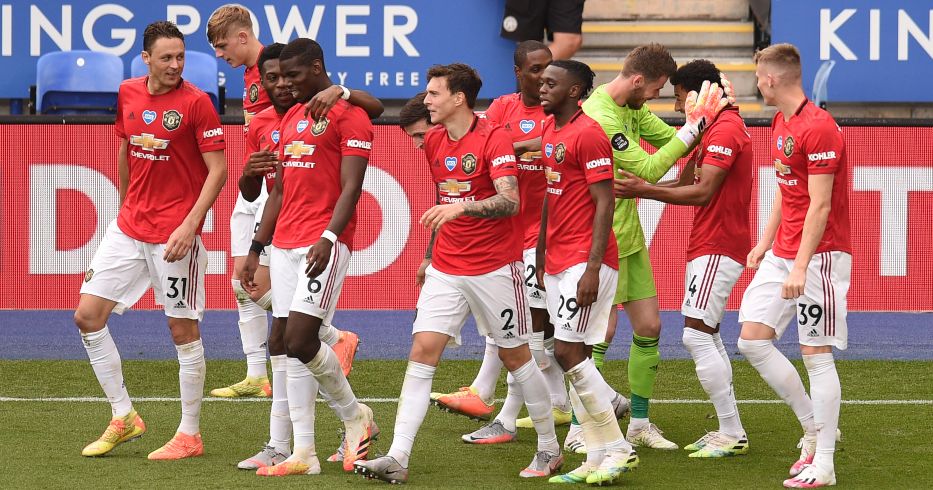 Berbatov congratulated City on their title victory – the club’s seventh league crown – saying: “Manchester City have fully deserved the title this season. They started very slow, which feels like 100 years ago, but after that, especially in the last couple of months, they really stepped it up and nobody could push them hard enough to challenge them.

“Man United’s match against Leicester wasn’t good for United fans because the defeat gave the title to City, but I think it was only a matter of time anyway.

“United still lead the way on 20 titles and City have a long way to go to catch up to that, I will be a very old man by the time they get close to that record.”

One man who caught Berbatov’s eye is Ruben Dias. The Portugal international is only 23 years old but the former Man United player believes he has the maturity of someone seven years his senior.

He said: “I have watched him closely this season because I wanted to see if his performances were worth all the praise he was getting and honestly he fully deserves the credit he has got this season. He is the main man in that City defence, the way he leads them, putting his body on the line and controlling his team mates is amazing. He is a rock at the back.

“Most of the time he has been playing with John Stones and age hasn’t played a role in their partnership because Dias is playing like he is 30, he has so much confidence and can read the game so well. He is mature above his years.

“It’s a credit to the scouts and Guardiola, yes they have the funds, but he has primarily bought defenders and that tends to show you how important they are, especially when they can play out from the back and be calm and in control, just like Rio and Vidic were.

“I was surprised when I heard how old Dias is, he plays like he has been in the Premier League forever and he is a special player.” 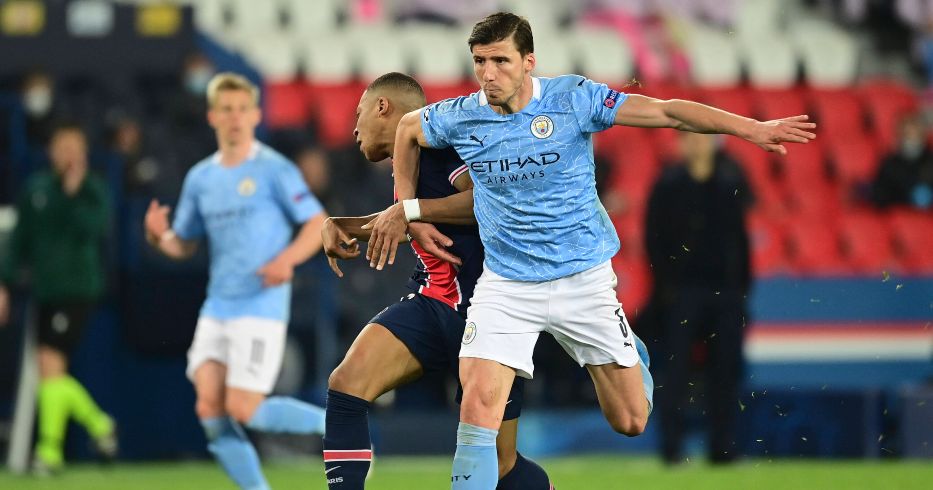 Another man who has impressed him this season is current United frontman, Edinson Cavani. Berbatov is pleased to see that the Uruguay international is going to stay at Old Trafford for another year.

He said: “I am very happy to see that Edinson Cavani has signed a contract extension, he absolutely deserves it. He hasn’t been given one because of his name and reputation, he has proven himself with what he has done on the pitch. When you are good enough, even at a certain age, you know that if you get playing time you will show what you can do.

“I was in a similar situation at Monaco, I went there for six months when Falcao was injured, I played because I was sure of my ability and then they gave me another year.

“They have enough striking options and I don’t think it’s necessary to go out and buy another.

“Cavani has done great for United, and if he can stay fit and in the form he is in then he will have a big impact for United next season, but it’s not all about him, he needs the midfielders to feed him the ball and it’s a team sport in the end.

“When you have that taste of trophies, you have won things before and you have a reputation of winning, his team mates will listen to him, Cavani has integrated well into the team and his experience of winning titles will be a great asset for United next season.” 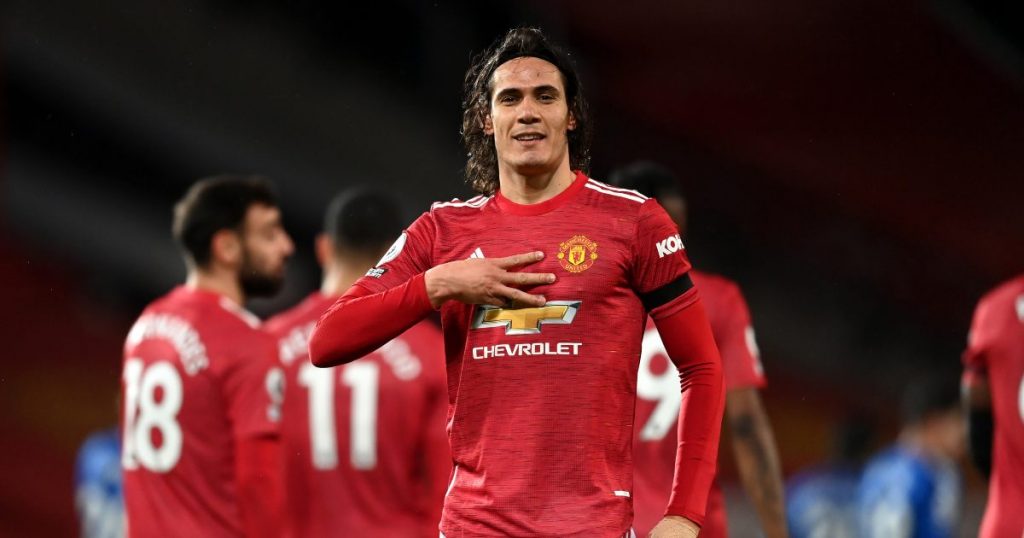 Speaking of United forwards, could we see the return of Cristiano Ronaldo to Old Trafford?

With Juventus enduring a catastrophic end to their season, the Old Lady could be left without Champions League football next season. What’s more, if they don’t officially pull out from the European Super League, they might not even play in the Serie A.

But what does this mean for the future of their star man, Ronaldo? Berbatov believes that despite his age, the Portugal international could still do a job for the Red Devils.

He said: “Juventus are in a bit of trouble at the minute and it’s looking like they may miss out on Champions League football, I’ve read that Cristiano Ronaldo will be leaving if that is the case. I’m sure people connected to United would love for him to come home, he’s 36 but with his shape and form I don’t see that being an issue for him if he was to come back to United.

“I think he will be looking for another challenge of a new place, he has done it at United, Real Madrid and Juventus, so he may want to go to a new club to prove to himself, but he may prefer to go back to United for a year or two. Sporting have just been crowned champions in Portugal and that is another possibility for him also.” 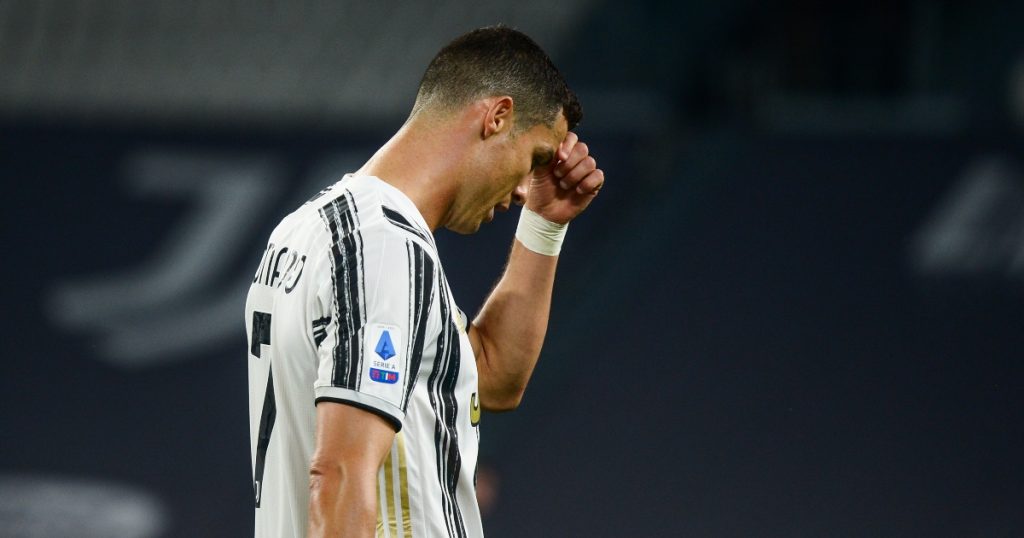 Speaking about another of his former teams, Berbatov believes that Fulham should try to keep hold of Scott Parker in spite of being relegated.

“Scott Parker is a great coach, I have seen first-hand at the training ground how he conducts himself. The big question for me is will he stay if Spurs come calling? Keeping hold of him isn’t going to be an easy task for Fulham, but they need to because he will have a tough decision to make if Spurs come calling. He’s tasted managing in the Premier League and I think he knows he’s capable of doing good things, the question is whether or not that is with Fulham or someone else.”

Watch: Hojbjerg tries to play on for Spurs despite horrific injury