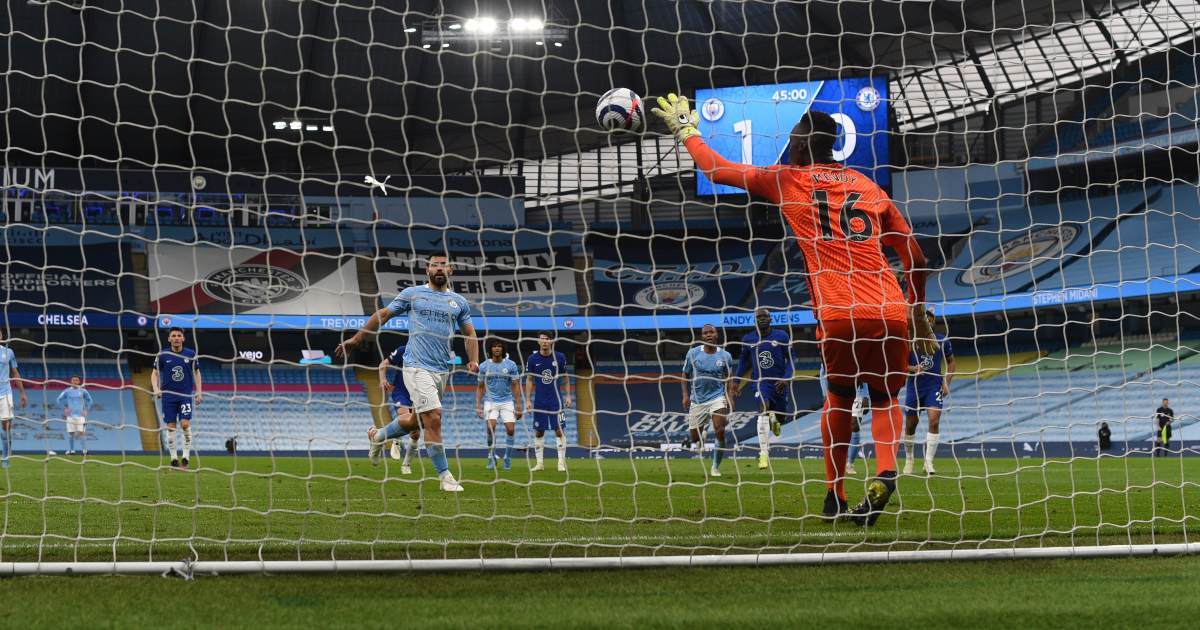 Pep Guardiola refused to blame Sergio Aguero for fluffing a penalty after Manchester City missed the chance to secure the Premier League title on Saturday.

Victory in the Champions League final dress rehearsal would have seen City secure their third domestic crown in four years.

Had Aguero scored, City, who had gone ahead through Raheem Sterling moments earlier, would have secured a 2-0 lead just before half-time.

The title would then have been within their grasp but, instead, Hakim Ziyech levelled just after the hour and Marcos Alonso grabbed an injury-time winner.

City boss Guardiola said it was unfair to label Aguero selfish for taking the penalty the way he did, as it would have been a completely different look had he scored.

He said: “He is selfish because he misses, if he scores he is a genius. That is the reality.

“Always I say to the players with penalties take one decision – Panenka, right, left, short, whatever you want – but commit. He was convinced.

“He is a sensible guy and we are not going to talk about what Sergio has done. He took the decision and that is all. The takers have to take responsibility and he did it.

“Everyone is disappointed but the first disappointment is him.”

Despite no personal blame from the boss, Aguero admitted he was sorry for the miss and took ownership after the match.

He wrote on his Twitter account: “I would like to apologise to my team-mates, staff and supporters for missing the penalty. It was a bad decision and I take full responsibility.”

I would like to apologise to my teammates, staff and supporters for missing the penalty. It was a bad decision and I take full responsibility.

Guardiola, however, was convinced City should have had a second penalty shortly before Alonso’s winner when Sterling went down as he was challenged by Kurt Zouma.

“It is a penalty, that is all,” Guardiola said. “After you have to score, of course, but what can I say? Nothing.”

Despite the frustrating result it surely remains only a matter of time before City do clinch the title.

It could even be secured before their next game against Newcastle on Friday if second-placed Manchester United drop three points from their three games over the coming five days.

Guardiola said: “We are sad we lost, we wanted to close out the Premier League but we have to be focused. Football is unpredictable and we have to focus on the game at Newcastle.”

Neville on ‘best centre-forward’ he played with at Man Utd

Rooney: ‘Favourites’ England ‘can have a field day’ against Italy