Harry Kane says England must ensure beating Germany “wasn’t for nothing” as attentions turn to the quarter-final against Ukraine and keeping their European Championship dreams alive.

Having reached the World Cup semi-finals three years ago, Gareth Southgate’s men have a first major trophy since 1966 in their crosshairs having ended their wretched knockout run against Die Mannschaft.

Raheem Sterling and skipper Kane sealed an historic 2-0 last-16 victory against Germany at a bouncing Wembley on Tuesday, setting up a mouthwatering quarter-final clash with Ukraine in Rome.

“It’s hard to put into words, really,” Kane said after opening his Euro 2020 account to wrap up progress.

“It’s been a difficult time for everyone – everyone being at home, everyone not being able to go out.

“As players it was one of the best feelings ever but we know we put a smile on the fans’ faces. People at home watching, people in the stadium.

“But they’re the nights and they’re the days that stick with you, stick in your memory – not just for me as a player but I think the fans and everyone watching as well.”

Kane found it hard to switch off after getting back to England’s St George’s Park base around midnight, with the squad watching Ukraine edge a 2-1 extra-time victory against 10-man Sweden on the coach back from London.

“It was a good game,” he told the Lions’ Den. “Obviously it went to extra time so it was a tough game for both teams.

“Sweden went down to 10 men and then, yeah, Ukraine had a huge high scoring in the last minute of extra time.

“I mean, we’ve just got to make sure for everyone. I think their greatest strength is their team unity.

“We need to be ready for that so we know that if we play to our highest abilities and mentally then we should have enough to win the game. But it’s knockout football, anything can happen, so we’ve got to make sure we’re ready.” 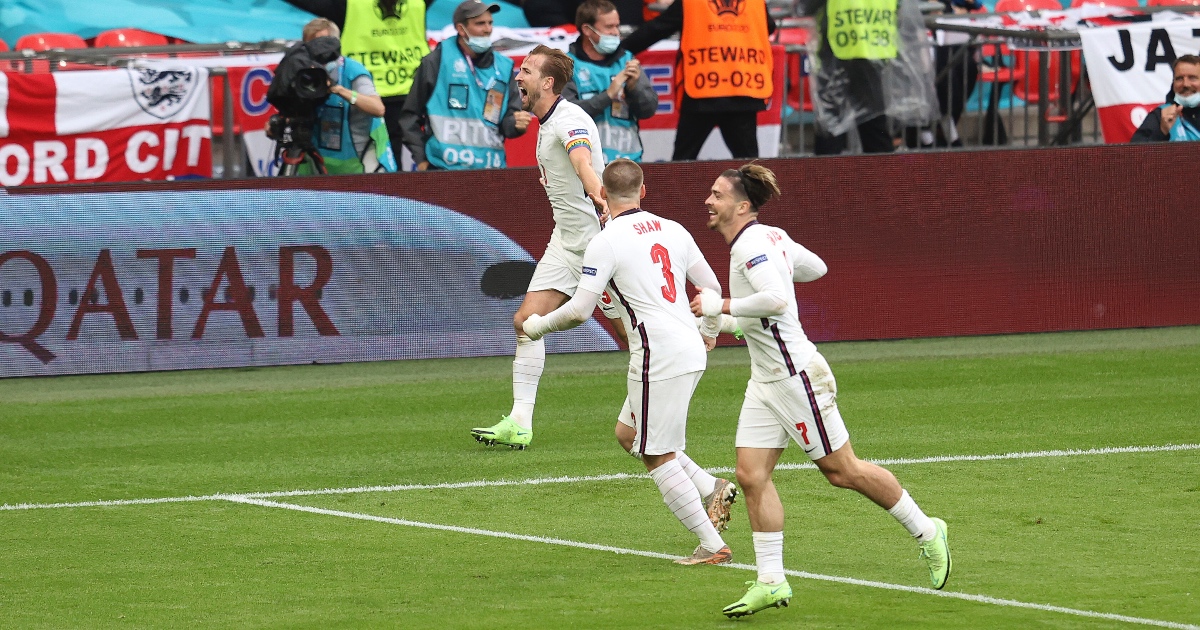 The dynamics now change for England as they play their first match of the Euros away from Wembley, having so far gone through their four matches without defeat and conceding a goal.

Kane highlighted the importance of creating the energy amongst themselves without a partisan crowd to cheer them on, while recovery is key as they prepare to fly to Italy on Friday.

“This one’s more mental than anything,” he added.

“Coming off a big high like that yesterday, it’s about kind of getting back down to earth, focusing on what’s to come because we haven’t done nothing yet.

“We’ve still got a long way to go and Ukraine will be a tough game in a different stadium so a different experience. One we’ve not had yet in this tournament.

“It’s just important that we focus on that now. Like I said, we have a vision of where we want to be and it’s not just winning them one-off games, them one-off knockout games. It’s going all the way.

“We’ve got to make sure we recover well now. The boys are training who didn’t play and training hard, and we’re going to need everyone if we are going to go far in this tournament.”

Klopp ‘in love’ as Liverpool prepare to break transfer record