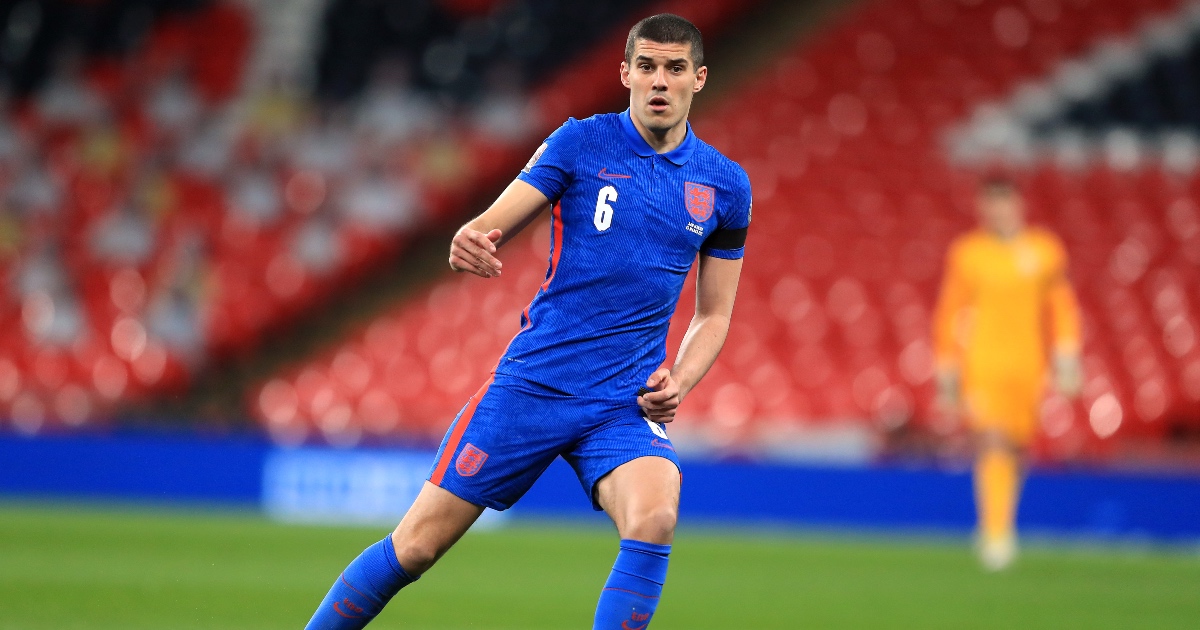 Conor Coady was hailed for his behind-the-scenes role in England’s run to the Euro 2020 final but now the Wolves defender is ready to make a statement on the pitch.

The 28-year-old has five England caps but did not play a minute of football as the Three Lions went all the way to the final of the European Championship before losing to Italy.

Coady was widely praised by the staff and his team-mates for being a positive influence despite not managing to make it onto the pitch.

The best youngster out on loan from each PL club

England boss Gareth Southgate has confirmed Coady will start Sunday’s World Cup qualifier against Andorra at Wembley on what will be his first cap in front of fans.

“Incredible, incredible honestly,” he replied when asked how proud he would be stepping onto the pitch.

“Anytime you play at Wembley it is a special feeling and a special moment and I think, even last season when I managed to play in those games, even the feeling of just being there and playing for your country was incredible.

“But now that my family has a chance to obviously come and watch the game and my wife can come, my mum and dad can come, I think it’s a special feeling and a proud moment for everybody in my family.

“I think it’s something where we’re ready for the game.

“The boys were fantastic the other night. We’re ready for the game and it’s something we want to go out there now and we can’t wait for.”

While he was lauded for the part he played this summer, Coady is also a competitor and is still keen to win as many England caps as possible.

“I’ve mentioned it plenty of times before, it was one of the best experiences of my life,” he said.

“(It was) the best five weeks my life, honestly it was incredible, but we all want to play. We all want to be playing football and that’s no different for me as well.

“So to get the opportunity at any moment, to represent the country, to play for England to put on an England shirt is a special moment for myself and I’ll always – every single day – try to give the best of myself to the country whenever I’m playing or whenever I’m training, that’s no different come tomorrow.