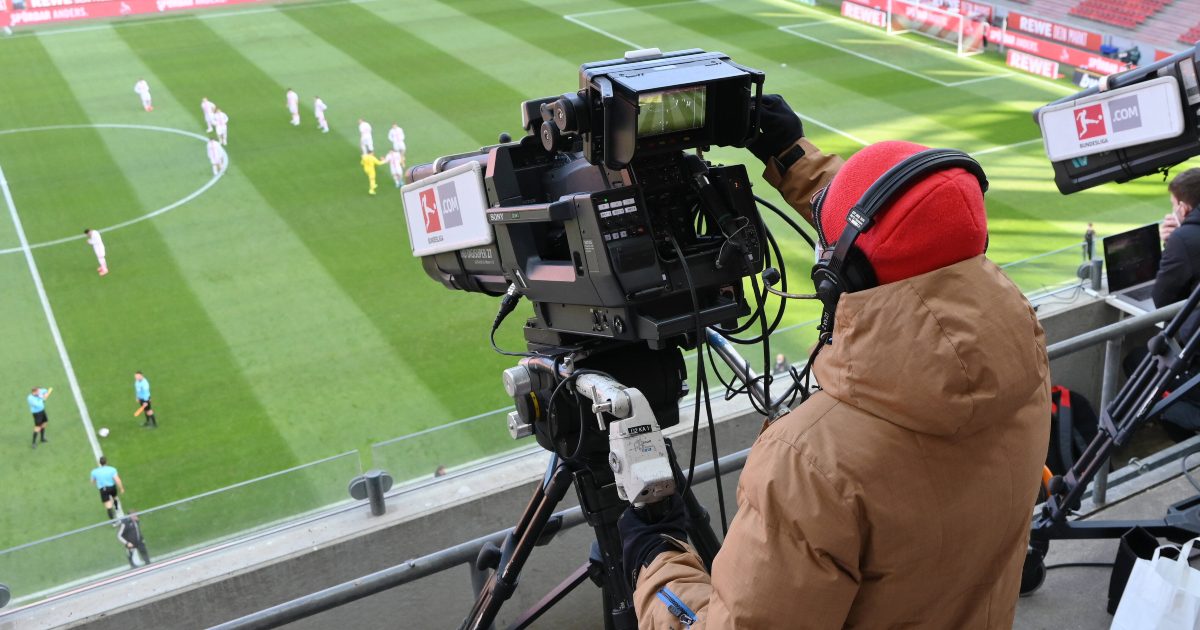 We have mails on the 3pm blackout and fans of the big clubs are in favour of moving on. Of course they are. Send your thoughts to theeditor@football365.com

Sake man. Typical Scotland. Looks like we might be going to the first World Cup I’m going to boycott on moral grounds.

Arguing in favour of the blackout

I think Ian King’s argument re. why we must keep the 3.00pm blackout is just garbage.

That’s nonsense, it’s utilitarianism completely backwards, it’s Mr Spock at the end of Star Trek II saying “frankly, the needs of the many can do one, I’m getting off this doomed spaceship sharpish”.

If the only argument you can muster is that people only go and watch those games when you artificially take away any other remotely related option and make it so people only go because they have literally nothing better to do… maybe the thing you’re trying to save isn’t worth saving?

And OK, you can name three PL players who played non-league but, and this is really only playing devil’s advocate, are you sure a massive footballing pyramid doesn’t do more harm than good to the quality of the game? Spain only have two professional leagues, Italy 3, Belgium 2… a massive structure in England is actually pretty unique but unique doesn’t always mean good. Maybe spreading it thin just dilutes the quality – have we traded a Jamie Vardy and a Michael Antonio for a la Masia’s worth of quality players?

Bottom line, I’m not going to go to watch non-league football at 3.00pm on a Saturday, irrespective of what’s on TV. Like a great many people with a young family, I barely get to watch any live football as it is. I may watch a match on TV though, if it doesn’t clash with my kid’s swimming lesson. Put the football on TV!

If lower-league live football doesn’t have a product that can’t compete with the TV, they need to improve their product. There’s no rule that says the TV should be turned off to make sure people go to the theatre and the same logic applies. Lower-league clubs need to improve their offering, maybe do that thing where they bring nice meals to your seat, deluxe seating, maybe partner up with a microbrewery or cool Gin distillery. Explore other revenue streams to subsidise the gate receipts or, you know, close.

…I am not sure I agree with Ian King’s view on the 3pm blackout. Frankly I think it’s an outdated law that serves the people operating pirate websites more than anyone.

If money is the issue then sign an agreement that 50% of the money from selling the 3pm rights must go into lower leagues.

If the issue is airtime then make an agreement that six Premier League games must be shown at 3pm simultaneously each weekend. This would open up more spaces for lower league football to be on TV every weekend.

I also just don’t believe that going to the football and watching it on TV are substitute products. If you ask me about the best game I’ve ever seen in my life it’s always the 2019 Semi final first leg against Roma. I was at Anfield at the Lower Annie Road end where all the action happened and it was the most electric atmosphere I’ve ever experienced at any football match ever. Winning the Champions League the season after was great but watching it on TV can’t compete with being at the ground. I think a lot of people love attending games but appreciate it only takes a small number of fans getting lazy to swing the financial scale for lower league clubs.

Who would you want to play for?

Wigan Dave sent an email asking – who should the top players want to play for?

It’s a complex question and involves a lot of individual thinking. For some the reason will be money – and so city, Chelsea, psg united or even Liverpool since we love spending so much on wages, would be the destination.

For some it will be trophies – here is where it gets tricky. See PSG, despite being vastly superior in all regards on paper actually aren’t a dead cert for anything really. Every year they’re hyped up for champs league and every year they fall short. So psg is likely considered to be one of two things, a retirement home or a stepping stone.

Spanish league will actually be quite interesting this year as the shackles on Madrid and Barca might make it a competitive league. Real aren’t the champs league steam train they were and Barca probably look the worst I’ve seen them in my 38 years. Atletico wouldn’t be a bad place to try earn trophies, get to finals, compete for the league BUT they are not financially competitive. Sevilla have made Europa their bitch in recent years so they too wouldn’t be a bad destination.

The Italian league is a bit of a mess. Money issues means there isn’t really one standout team and if they do standout it’s only for a year or two before money woes sends them back to the basement again and none of them ever compete in Europe.

Bayern are the obvious choice in Germany. Much as I like Dortmund Bayern are the German destination for trophies. Regularly compete and win most of the trophies they enter.

Then we have England – in the past few years city have pretty much had the premier League in a headlock the whole time, they also have the money to compete financially. However when it comes to Europe they seem to have an impotence issue so any player looking at city might think they’re an almost club for European trophies. Chelsea and Liverpool have won the trophy and regularly do well in it, they’ve also won the biggest prize in England in the recent years too so they’re the stand out teams from England.

Finally there is lifestyle and culture. Pretty much every European city had the edge on British ones in this regard (as exemplified by how often foreigners fail to adapt here). They have better more consistent weather, and most of the major cities are also major centres for culture, history and architecture too (if that shakes your martini).

If I were to rank the top five places where I would expect a professional footballer to want to go trying to consider all these factors equally it would be as follows :

2. Liverpool (largely just for klopp as the edge over …)

Why feel sorry for Donny?

Merryl in the mailbox is feeling sorry for Donny and asks why did United even buy him. United bought him because they thought he’s a better player than he actually is. Just because you sign a deal with a club does not mean you are guaranteed a place in the first 11. You have to fight for it and make the most of your chances. Just like players coming in from the academy. They will get the rare opportunity now and then, but only if they perform will they get more game time. Unfortunately for Donny, he has not grabbed those changes and been quite average when he has played for United. 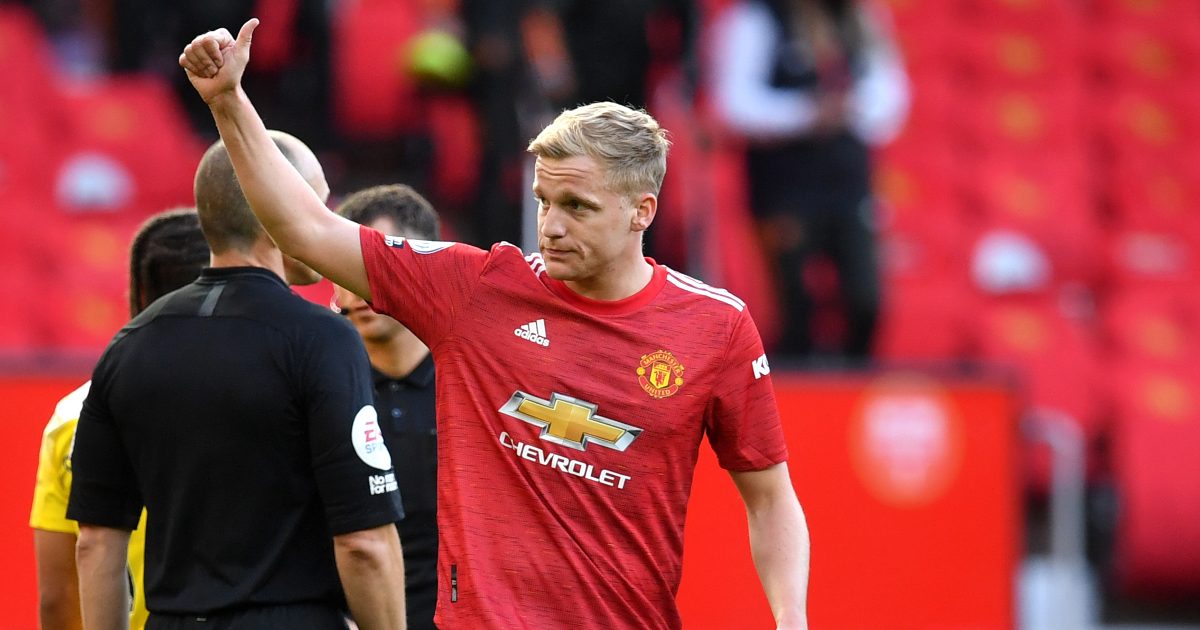 Donny gets a handsome salary every month despite not contributing anything to the club. United on the other hand got nothing despite spending tens of millions on the player. So why are we feeling sorry for Donny again?

Mail from a mentally struggling but excited United fan

Let start by saying I’m a long time reader but first time writer, I mistakenly stumble upon this site 7yrs ago and it has being a daily routine since then. It’s fun and makes me happy…..especially the mailbox, hilarious comments and opinions. I have been battling depression and BPD since I was 21 and the worst part of it is that you can’t talk about it in public of with friends in this part of the world (Nigeria). Its uncommon or largely being ignored so over those years I have struggled alone with my thoughts and pains but little things as kept me going and stopped me from killing myself even if I’m constantly having the thoughts.

Firstly, my mum (I just don’t want to die before her as it would literally kill her too) and secondly football. I mean everything Manchester united, the excitement of the next game as kept me going in difficult and dark times. The transfers and the players and everything. I live and breath man united. But new season is something else, I haven’t gotten anxious and excited as this since the 2007/2008 season. I just can’t wait and I really hope it goes well and its fun because as much as I hate to admit this, my life depends on it.

About a year ago, I was diagnosed with a terminal illness. According to the lads and lasses in the white coats, I now have about two months to go. Not even time to witness the next transfer madness, which is always a wonder to me.

Over the last year, I’ve been the beneficiary of so much love and affection I feel like a marshmallow dipped in chocolate. It’s been an amazing time as doors have been flung open, family, friends and strangers have rallied, and even the corporate leviathans I have to deal with as part of my job have shown a hint of tenderness. Indeed, I’ve come to think, the world is a sweet and loving place.

As a big part of my life, I’ve supported Liverpool FC since 1963. They’ve become part of my family. I’ve never asked anything of them. I travelled the length and breadth of the country to support them; I wept literal tears over the disasters and tragedies;and I yelled until I was red in the face over the triumphs.

Would it be too much, I wondered, to ask them for the opportunity to purchase two tickets for a game at Anfield at face value, for me and my son to attend one last match together – a wonderful farewell to a wonderful 60-year adventure. I was embarrassed to ask. But really, was it such a great favour?

Apparently, it was. My enquiries have gone unanswered. There have been vague promises of someone getting back to me within 72 hours, but nothing that was followed through, nothing. Time is short, so I’ve given up.

Sorry lads, I really can’t afford Corporate Hospitality Tickets, no matter how much you point me in their direction. All I want is the opportunity to buy two tickets at face value. I guess it’s asking too much.

It’s hard for me to abandon a family member that sat as a ghost at our table for all these years. The member that didn’t say anything but entertained us so brilliantly, from black and white TV to today’s TV with more pixels than the Milky Way. So I won’t be switching off SKY with a huff. I’ll watch to the end. But to all those out there with a passion for football, I offer one piece of heartrending advice…

…try not to love your club too much, it’s incapable of loving you back.

Moyes on West Ham’s striker pursuit: ‘It’s not as if we’re not trying’

‘Who cares who your owners are?’ – Scholes hits out at ‘greedy billionaires’