There was lots to talk about after an enthralling opening hour at Elland Road.

About Liverpool reasserting – if anyone actually doubted – their title credentials in a season that already promises a title fight for the ages. About the undoubted joy but also the quite startling naivety and defensive headless chickenry of a Leeds team determined to go toe to toe with absolute everyone and how they have faced more shots on target than any other team in the opening four rounds of Premier League action. About the brilliance of Mo Salah, who scored his 100th Premier League goal, could easily have scored his 101st, and showcased his all-round brilliance. About Kalvin Phillips, an oasis of precision and calm among Leeds’ all-action running game. Or even trying to work out how Sadio Mane didn’t have a goal yet. 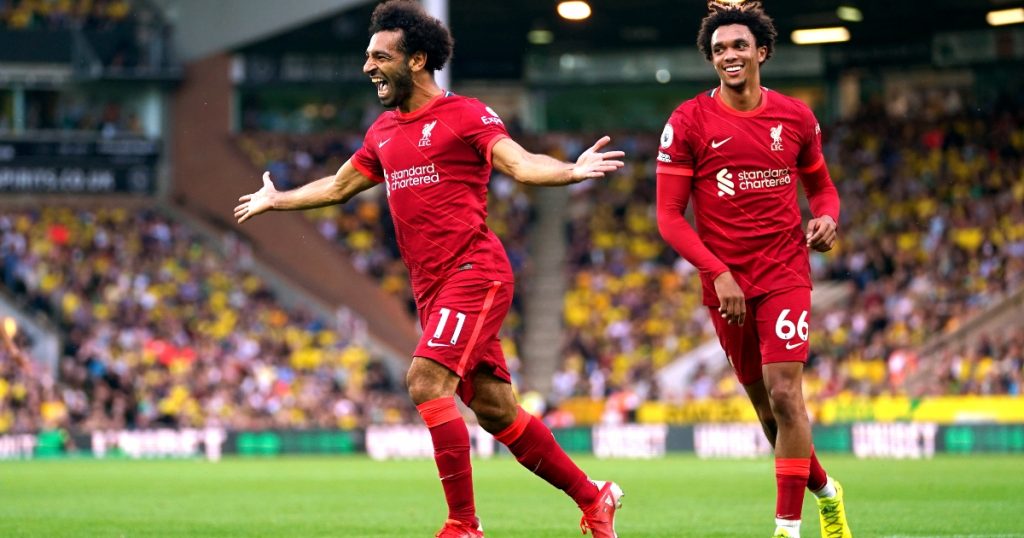 And then in an instant it was all irrelevant. Right now even the three points for Liverpool or the small yet nagging and growing doubts that Leeds might just be too open for their own good this season and while not exactly going full Sheffield United could find themselves suffering Second-Season Syndrome and In Trouble before long mean nothing.

Simply, it’s gutting to see what was all set up to be a wonderful season for a ferociously talented 18-year-old cut short by injury. We haven’t seen a replay of the tackle that cut short Harvey Elliott’s day and the injury that will keep him out for who knows how long. And we don’t particularly want to.

But while the injury to Elliott is clearly the most important thing and we have to hope that any injury isn’t as horrific as the initial reaction from players and the lengthy break in play, the red card handed out to Pascal Struijk seemed harsh. It felt like a decision given for the outcome rather than the tackle, which at full speed at first watch barely looked like a foul. Sky apparently being told Pawson was always going to send Struijk off and VAR merely confirmed it also didn’t quite ring true; Pawson didn’t even appear to blow for a free-kick initially.

There were shades here of the later rescinded red card shown to Heung-Min Son against Everton a couple of years ago when Andre Gomes suffered a horrible injury of his own. Either way, it was an incident that spoiled the game twice.

Leeds being Leeds went and enjoyed their best spell of the game in the minutes that followed despite being a man down with Liverpool perhaps distracted by thoughts of their stricken team-mate.

But Liverpool did get the third goal their dominance deserved and Mane his first from his tenth attempt in the end. For multiple reasons that felt like little more than a footnote.

Yet while Elliott will be at the forefront of everyone’s thoughts and the final half-hour of the game felt very different to the wonderful entertainment that had gone before, it would also be remiss not to note that while that incident and its aftermath totally transformed the feel of the game it didn’t, in all likelihood, affect its outcome.

Liverpool were mighty impressive and were it not for some lacklustre finishing could have won by far more than three goals. Leeds, for all that they remain a riotously entertaining team to watch, were pretty poor at some pretty fundament things and have plenty to ponder.

But right now we’re still struggling to particularly care whether Liverpool are in a title race (probably) or Leeds a relegation scrap (probably not). Get well soon, Harvey.