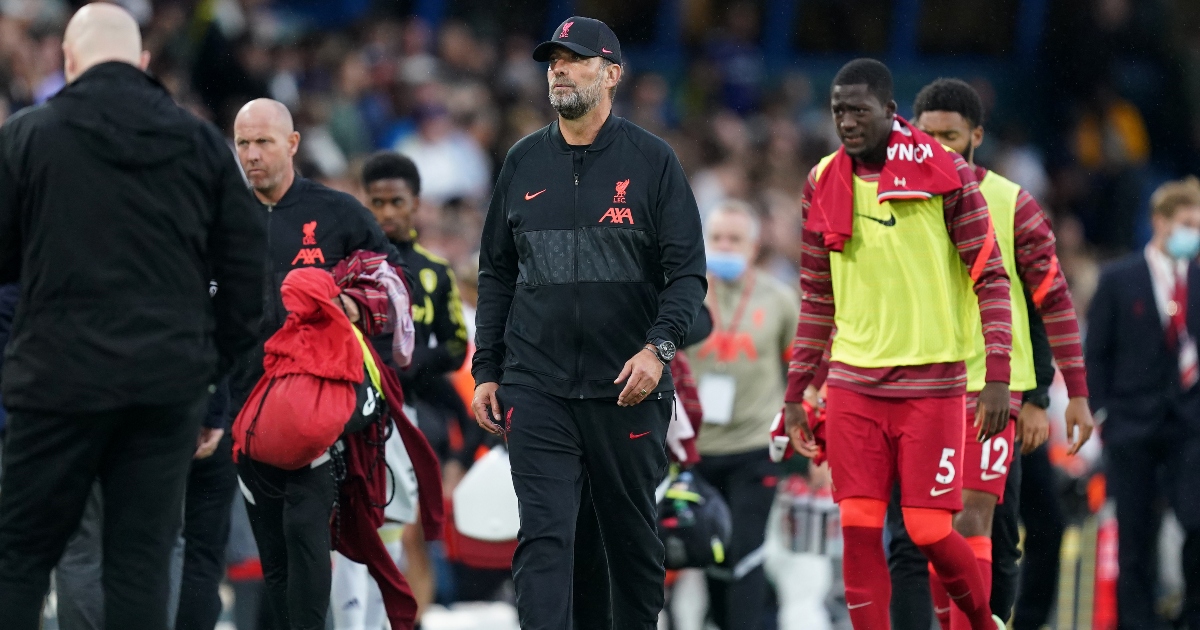 Jurgen Klopp has confirmed that Harvey Elliott is in hospital after suffering an ankle injury in Liverpool’s 3-0 win against Leeds United on Sunday.

Mohamed Salah, Fabinho and Sadio Mane were on target as the Reds cruised to victory at Elland Road.

Salah’s goal was his 100th in the Premier League, making him the 30th player to reach the landmark.

“He is still hungry and I don’t know how many records he can break.

“Since he joined us he has been the perfect player – a top class player.”

However, the match was overshadowed by a horror injury to young midfielder Elliott.

“It is his ankle. I heard it was dislocated and they couldn’t put it back and he is now in hospital,” an emotional Klopp told Sky Sports.

“Do I want such a young boy to have this experience in his career? No. We will play football without him, but we will wait for him as well because he is a top player.

“I saw the situation. I could see his foot was not in the right place. That is why we were all shocked.”

When asked on his lengthy conversation with the fourth official, the German said: “I’m not sure this is the right moment to speak about these sort of things.”

On his team’s performance, he said: “We were really good. We played top football and we should have made more of the football we played.

Adding to his MOTD interview, the Liverpool boss said: “We played a really good game until Harvey had to go, the whole team was shocked and we lost rhythm.

“That is normal, human. We played as good as we can against Leeds. You have to be ready for brutal intensity. The crowd was there and an exciting football game with us as the deserved winner.

“I spoke to the boys afterwards, we have to speak a little bit about the football by Harvey overshadows it.

“Fabinho is an incredible player with the challenges he won, we did well in many departments. Sadio Mane played an exceptional game, the crowd wanted to make him annoyed, he stayed calm and scored the goal.”