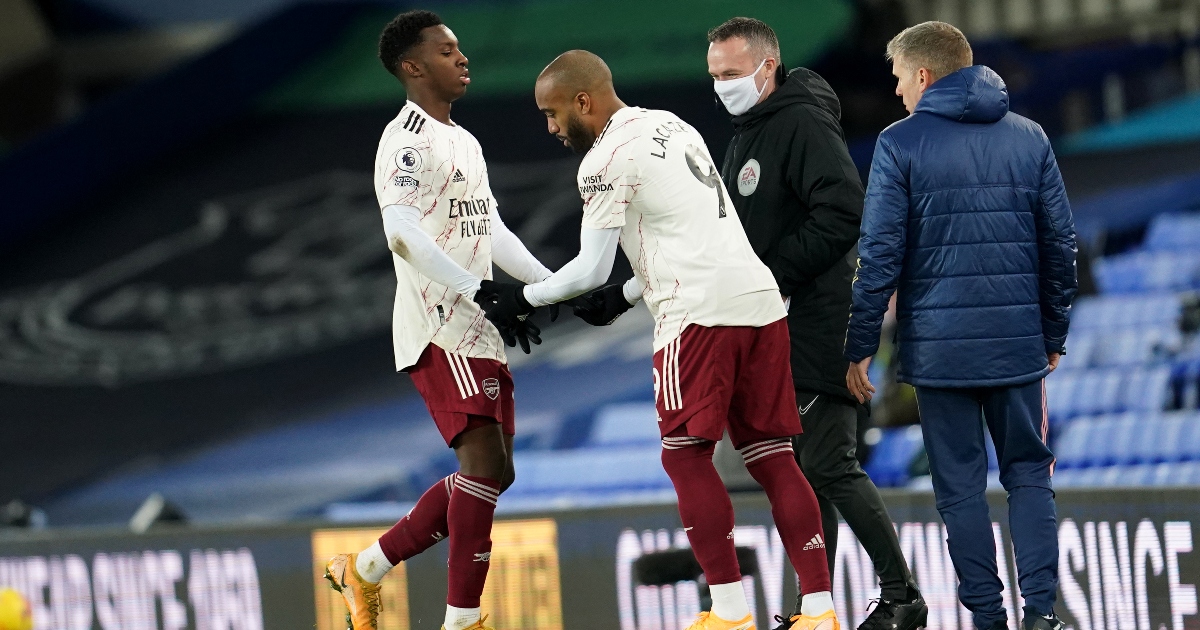 Arsenal striker Eddie Nketiah will leave on a free transfer after his contract expires next summer, according to Chris Wheatley.

Nketiah was in talks over a transfer to Crystal Palace in the summer transfer window, but a deal failed to materialise.

The striker’s wage demands were reportedly the stumbling block in the transfer, but it has also been claimed the player did not want a move to Selhurst Park.

Nketiah has just under one year left on his current deal at the Emirates and staying in north London for 2021/22 has given him the chance to move on for free next summer.

He is currently behind Alexandre Lacazette and Pierre-Emerick Aubameyang in Mikel Arteta’s pecking order, with Folarin Balogun also making a Premier League appearance this season.

This puts Nketiah in a tough situation this season where minutes will be hard to come by; especially with the Gunners having no Europa League football.

While talking on his YouTube show, Wheatley explained the current situation: “Eddie Nketiah is another player whose contract expires next summer.

“He was linked with a move to Crystal Palace, and I’m told there were certainly talks and there was an agreement between Arsenal and Crystal Palace. But the player failed to agree personal terms.

Elsewhere, Rio Ferdinand believes Aubameyang has what it takes to turn Arsenal’s fortunes around this season.

Arteta remains under huge pressure at the Emirates despite their first win of the season over Norwich.

The Gunners lost their opening three Premier League games of the season, conceding nine and failing to score.

But Aubameyang broke their duck against the Canaries and Ferdinand believes the captain and “talisman” can lead a “jump up the league”.

On VIBE with FIVE, Ferdinand told a Gunners fan: “The biggest thing for you guys is that Aubameyang scored, your talisman.

“He’s got that goal now, so let’s see you boys start motoring. Because as much as we take the mick out of you, I do like to see Arsenal do well, I’ve got to be honest.”