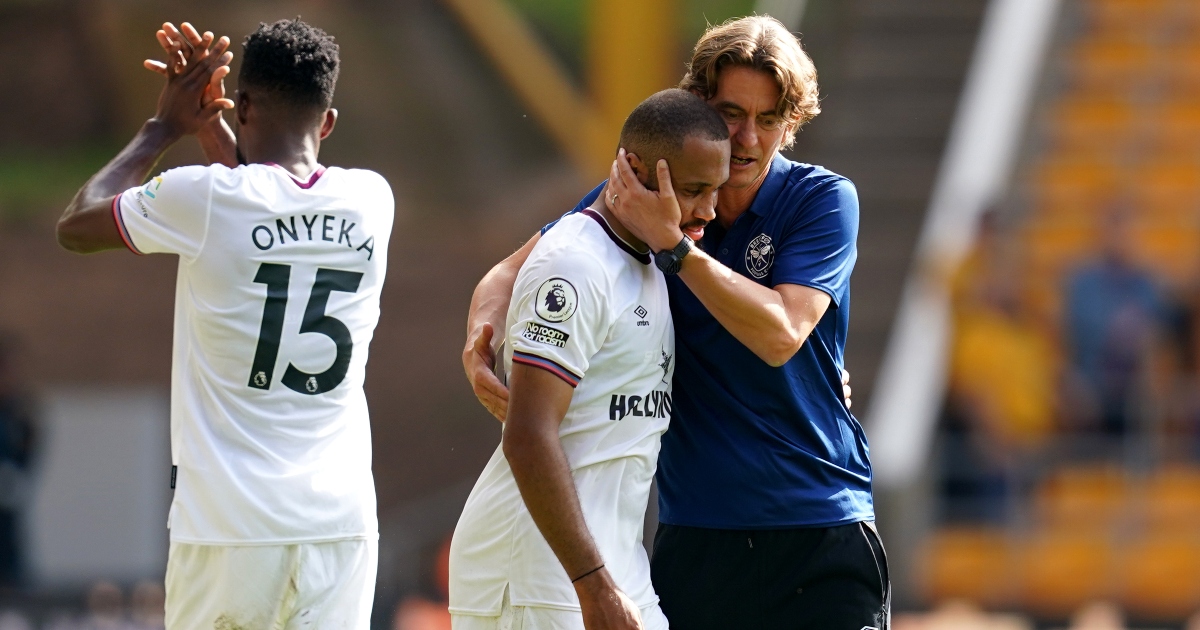 Brentford head coach Thomas Frank has told Bruno Lage to ‘not use excuses’ after the Bees defeated his Wolves team 2-0 on Saturday.

Ivan Toney provided an assist and scored a penalty to influence an impressive win on the road for Frank’s men.

Lage praised Brentford’s performance on the day but also appeared frustrated by the apparent time-wasting from the visitors in the second 45 minutes.

Lage said: “The last 45 minutes, I need to understand what happened. There were players on the floor from the opponent and I even saw the goalkeeper change his gloves.

“We need to praise the opponent, they are a strong team but I think in the last 45 minutes there’s another way to manage the game instead of spending time like that.

“It was too much. One, two, three situations is okay, but it was too much and sometimes two players at the same time.”

In response to Lage, Frank praised his counterpart before putting two questions to the Wolves boss.

“I think he’s had a fantastic coaching career and I think he’s doing a really good job with Wolves. In the first four games I’ve watched, they’ve produced top performances and have deserved much more. Top, top coach in every aspect – and I hope you write that.

“I would ask him what he would have done if he was leading, as a newly-promoted team – I think we’re just a ‘bus stop in Hounslow’ – playing against Wolves, an established Premier League side with 10 times the budget and you are leading 2-0 away, with 10 against 11.

“And then you need to ask him how the first half went, that’s what I’d ask him.

Asked why goalkeeper David Raya changed his gloves midway through the second half, Frank added: “To be fair, he had a big hole in his glove. I will bring it in and take a picture to put on the website so it’s not in doubt anymore.”

Bruce: Newcastle to ‘find a way’ to score without Wilson and co.