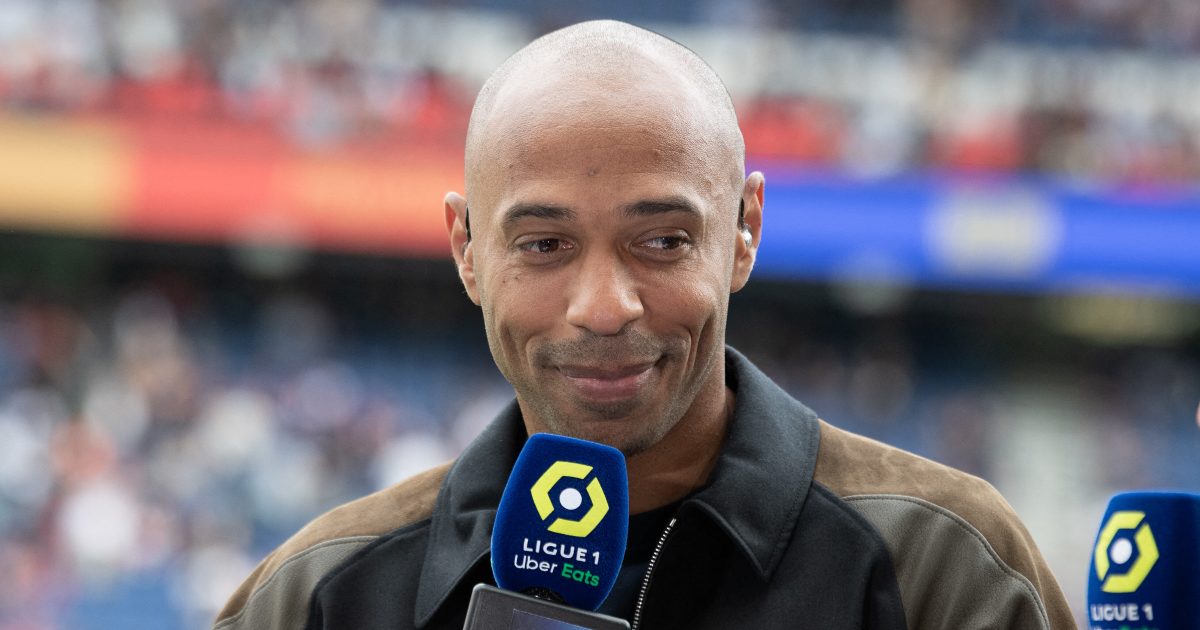 Thierry Henry has insisted that Daniel Ek “is here to stay” when it comes to his attempts to buy Arsenal from the Kroenke family.

It was reported in April that Ek, who is the founder of Spotify, was launching a bid to become the new owner of Arsenal. This proposal was boosted with him being supported by Gunners legends Henry, Dennis Bergkamp and Patrick Vieira.

Later that month, current Arsenal owners Stan and Josh Kroenke confirmed that they remain “100% committed” to the club.

Ek is a lifelong Gunners fan and he was sat alongside Henry for the North London derby on Sunday. The duo would have been left delighted by Arsenal’s 3-1 victory over Spurs.

Henry is covering Crystal Palace’s game against Brighton on Monday Night Football. Ahead of that game (as cited by Football London), the ex-Arsenal striker insisted that Ek is “here to stay”:

“To be able to get there, you need to have someone to respond on either side, it didn’t happen yet. We, he, is here to stay. Let’s see what’s going to happen.

“For the moment, we enjoyed obviously the win yesterday.

“It’s a not a case of how exciting he can be, it’s more a case of what we know he can do. He picks up brilliant positions and he just controls the tempo of the game, constantly getting himself in the box.

“We saw him score the free kick against Burnley, but he remains calm when he’s on the ball in key positions, it’s something we didn’t do when he wasn’t around.

“We can keep the ball in areas where we can actually hurt teams. He’s the kind of midfielder that is going to be invaluable to us.”

Silence is golden: the top ten moments without fans so far

Burnley and Leicester can both draw comfort from stalemate