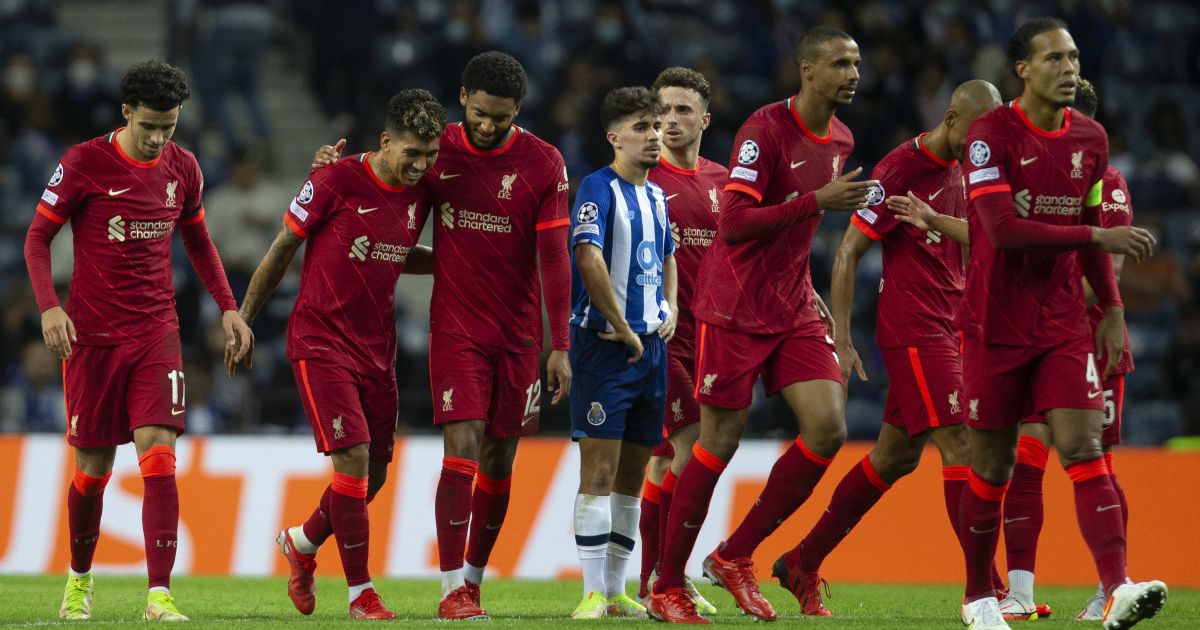 Roberto Firmino says he is “at peace” with not starting as many matches for Liverpool as it’s all about “helping the team” win.

The Brazilian has only started one match in all competitions this season with Jurgen Klopp preferring to start Diogo Jota instead.

Despite that, Firmino has contributed three goals in his 126 minutes on the pitch this season, including a brace off the bench in their 5-1 victory over Porto last night.

Firmino is used to starting most matches in recent seasons after being a part of Klopp’s Champions League and Premier League triumphs.

However, he insists there is a “healthy dispute” over a place in the starting line-up and will do his best when called upon.

“Everyone who enters there tries to do their best and help Liverpool’s team. Whoever is entering is doing the job and is playing very well. So we have to continue. All with the intention of helping the team in search of victory.”

On playing for Brazil, Firmino added: “Yes, it’s always a pleasure, a pride to defend my country. And of course I want to be there always. I want to be in all call-ups.

“And I try to be working at my team to be well and automatically get that chance. And I want to keep working so that next time the chance comes and I can be present at the next call.”

Meanwhile, Klopp was pleased how Liverpool dealt with early pressure from Porto to run out easy winners on Tuesday night.

Klopp told the club’s official website: “That we had a tricky start because obviously Porto watched the Brentford game, started pretty direct. We struggled a little bit in the beginning but that’s the reason why we didn’t make a lot of changes, that’s because I wanted that we find the feedback on the pitch and sort the situation there and that’s what we did.

“From a specific moment on we played really good football. We didn’t use our big chances, we used two half-chances to score, to be 2-0 up.

“But we had really good football moments, we played good against a side who were fighting obviously for some parts of the game because they lost a centre-half after, or in, the Atletico game and the other centre-half today after warming up.

“We know best that things like this are not helpful and when you play then against us it’s even worse. So, we used that. But we played, really, some good football and scored nice goals, but had even better chances. So, it’s all good for tonight.”