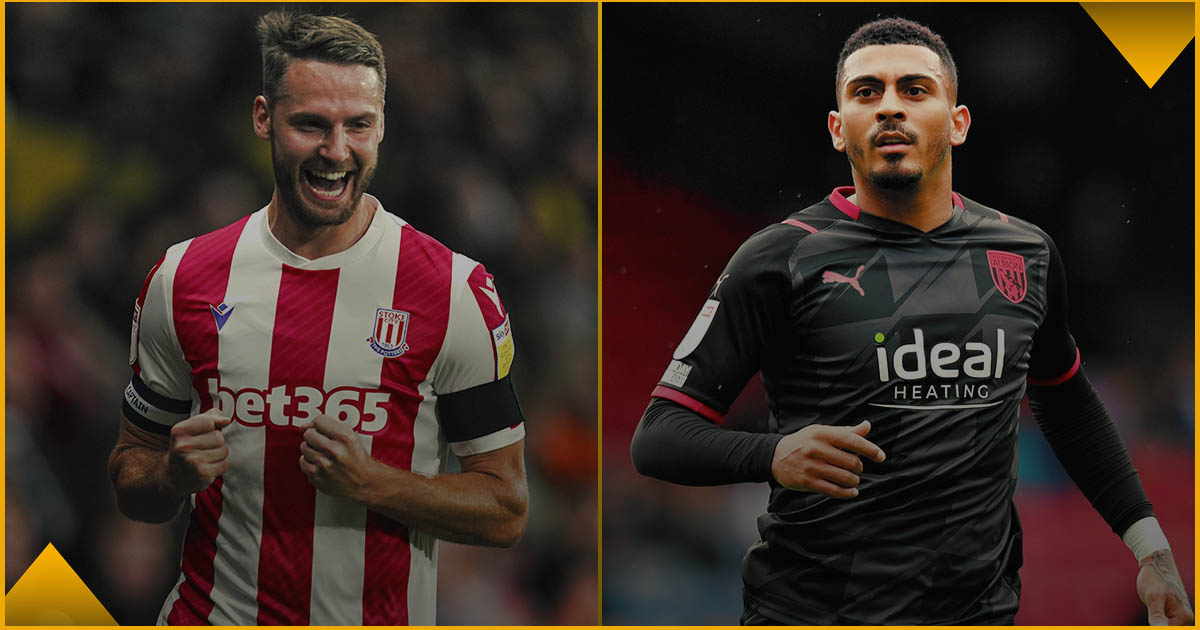 The Championship focus is on Stoke v West Brom (5th v 1st). Benjamin Bloom has all you need to know heading into this one, with odds from Betfair throughout.

Setting The Scene – Ticking Along Nicely

The October international break in the Championship is known as a managerial graveyard and for good reason. This season we’ll reach the potentially scary landmark with 11 games played, just under a quarter of a season, with owners tending to view the moment as a potential tipping point. If the boardroom bigwigs are happy with how things are progressing then it’s full steam ahead up to the January transfer window. If on the contrary things are not going well, there is time to install a new manager with 35 games still to play and, for those quick on the trigger, nearly four months before that vital transfer window closes.

You’re probably wondering what relevance this has to Stoke and West Brom? The good news for Valerien Ismael and Michael O’Neill is it probably has very little relevance, with things ticking along nicely for both bosses. West Brom are still undefeated in the Championship under new boss Ismael, and sit nicely in advance of the two points per game average that pretty well guarantees automatic promotion if sustained. Despite the high expectations of newly relegated Premier League teams like West Brom, Stoke boss Michael O’Neill would have been far more worried than Ismael about the October managerial graveyard. Stoke laboured to 14th last season, but have recruited and re-tooled well after their parachute payments finally expired and could also be past the 20-point mark with a win over the Baggies. Owners, managers and fans will all be happy at both of these two clubs, but the cherry on top of the pre international break cake would be one more win this Friday night.

I once remember seeing Kevin Nolan score a hat-trick for Newcastle United against my team Ipswich (indeed Google has just told me this was in 2009, how time flies). I remember talking to a friend after the game about Nolan, who to the naked eye looked a pretty unremarkable player, but what a career he had racking up hundreds of top-flight appearances and many many goals. My friend gave me the perfect summary of Nolan: “He’s a finisher Ben.”

The same friend had often told me of the great John Wark at Ipswich, who was perhaps a level or two above Kevin Nolan, and had exactly the same knack. Players like this are positioned nominally in midfield, where their duties are kept nice and simple, and they are then told to arrive in the box as often as possible. This type of player may not have that explosive pace or strong physicality that a striker might need, but through sheer timing and finishing ability are able to contribute valuable goals on top of what those playing further forward can produce.

When I look at Stoke’s Nick Powell, I immediately think ‘He’s a finisher’. Is he a striker, no not really, but he heads and strikes a ball excellently and has a beautiful knack of arriving on the end of things and finishing them off. Things have moved on since the days of John Wark, or even Kevin Nolan, and maybe this type of player now needs to exist outside of the throng of central midfield. However, one thing that will surely always be valued in football is the type of player who can arrive late and finish. Nick Powell is definitely one of those.

During the game between West Brom and QPR, Sky Sports took the liberty of flashing up a particularly damning statistic concerning striker Karlan Grant. It said ‘Karlan Grant – Scored 1 goal in previous 27 appearances’. I know this could be argued as factual and not something Grant would even see, but it felt a little mean-spirited to point out such a slow scoring run to the watching TV audience.

For those of you thinking I’m being a big snowflake on Karlan Grant’s behalf, you may have a point, but the good news is the story had a happy ending. Valerien Ismael made a double substitution and Grant had new partners up front in Jordan Hugill and Callum Robinson. The West Brom attack gained a bit more energy and Grant scored twice, once via a big fluff from Rangers keeper Seny Dieng, but both times with assists from Robinson. With Grant’s goal-shy run broken West Brom went off to Cardiff in midweek, this time Hugill and Robinson started alongside Grant, who drilled in the opener after five minutes.

It’s not like Grant isn’t used to a challenge; he had made the huge jump from Charlton in League 1 to Huddersfield in the Premier League in the January window back in 2019. Most players that make that type of leap up the divisions don’t get to play, but Grant started nine Premier League games and scored four goals. Huddersfield ended up in the Championship but Grant bagged himself 19 goals and a move to West Brom back up in the Premier League once again. Relegation followed and Grant is back in the Championship, and as of this week, back in the goals.

I normally pick out individuals and focus on a particular area of the pitch for this part of our tactical previews and we could easily do the same here. Both teams will likely play a back three and wing-backs with West Brom favouring a three man attack, and Stoke a three-man midfield. What fascinates me more with these two sides however, is the tension between how they each try to dominate games.

We’ve seen a bit of a tweak with Stoke’s approach this season, which has improved the on-pitch output and the entertainment value. I’d come to know Michael O’Neill as a pragmatic manager, so much so that if you paused a Stoke match and looked at the players you’d likely find them in shape with the majority behind the ball. Stoke were more often solid than spectacular and when you removed a high-performing attacker like Tyrese Campbell or Nick Powell they started to look blunt. This season the likes of Romaine Sawyers and Mario Vrancic have added a bit more quality in possession in midfield and at their best Stoke can control games by being both hard to break down and far better on the ball.

In contrast West Brom are most definitely an Ismael side, and Championship watchers know exactly what that means. Three at the back pushing up to half way, keeper sweeping behind, wing-backs and forwards pressing at every opportunity, and an emphasis on forward motion at all costs. When it works, and it has more often than not for Ismael, his brand of football is thrilling, direct, brave and risky. I suspect West Brom will as ever come out swinging for the fences from the get go, whilst Stoke will attempt a slower burn in their attempts to control territory, the ball, and therefore the match. It’s a lovely tension between the two styles and completely plausible for either to successfully counteract the other.

Wilder rages at ‘stupid and uneducated’ pundits amid Keane criticism