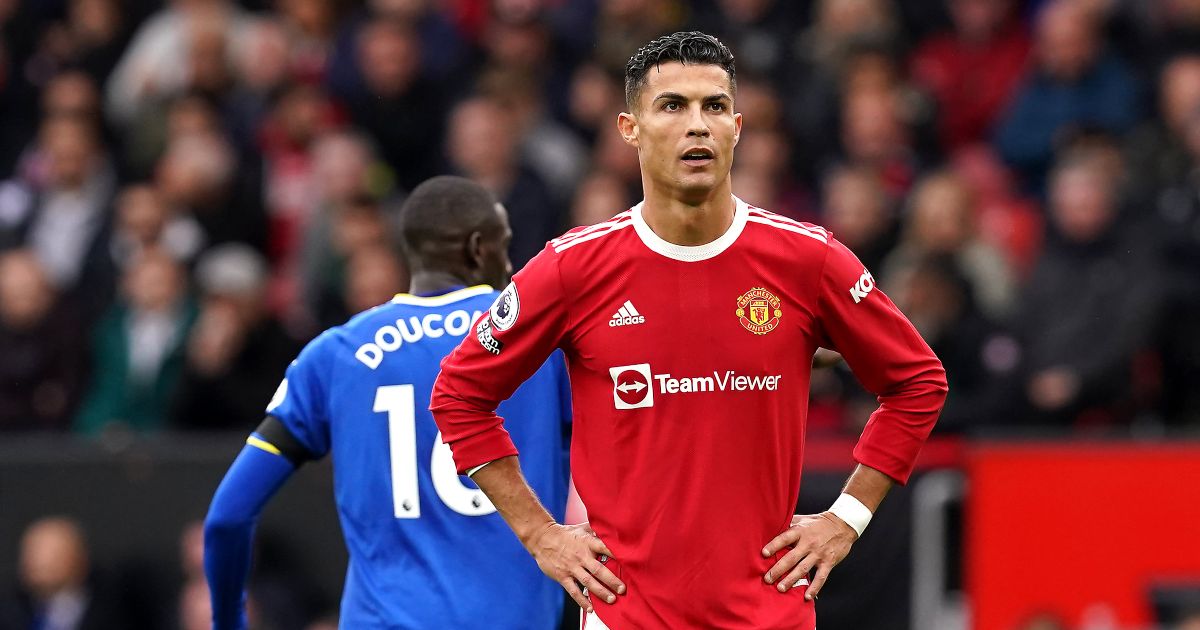 The Portugal international rejoined the Red Devils in the summer after it was announced he was keen to leave Juventus.

Man City were the initial frontrunners for his signature before Man Utd swooped in towards the end of the window to bring the 36-year-old back to Old Trafford.

Premier League winners and Solskjaer (plus other losers)

Fans were delighted with the return of Ronaldo – who scored 118 goals in 292 appearances during his first spell at Man Utd – but their recent form has not been good.

Despite Ronaldo scoring five goals in his first six appearances for Ole Gunnar Solskjaer’s side, Man Utd have lost three, drawn one and won one of their last five matches in all competitions.

And now Blind – who has managed both Ajax and the Netherlands national side – reckons Ronaldo has messed up their pattern of play this season.

“Ronaldo doesn’t really need to play an active role,” Blind told Sportnieuws after their draw with Everton on Saturday.

“Like: ‘take your time’. You also see the other players looking at you like, ‘how are we going to solve it then?’

“Normally, the striker runs from one central defender to the other. This caused a lot of miscommunication.

“Now, they are not playing in their familiar pattern. When the ball was deflected, you saw Paul Pogba coaching that they had to put all the pressure on.

“Ronaldo did not do that; he is not like that. He only thinks about goals and hopes others will conquer the ball.”

Meanwhile, Solskjaer insists his Man Utd players are “are hungry to improve” ahead of a tough run of fixtures after the international break.

“Every game is a big game at Man United, so it’s a big month,” Solskjaer said with October trips to Leicester and Tottenham bookending the Champions League home clash with Atalanta and visit of rivals Liverpool.

“It has been a big month. Lots of changes have happened at the club in the last month, so we’ve just got to be focused, make sure we use the international break well, us as coaches, who stay at home.

“The other ones who go away with their national teams come back with energy again, clear focus, good mindset and do well.

“But the mindset is good, the players are hungry to improve and today we dominated the game, we just couldn’t get that second goal that you need in games like this because Everton, as we knew from last season, can score a goal from nowhere.”