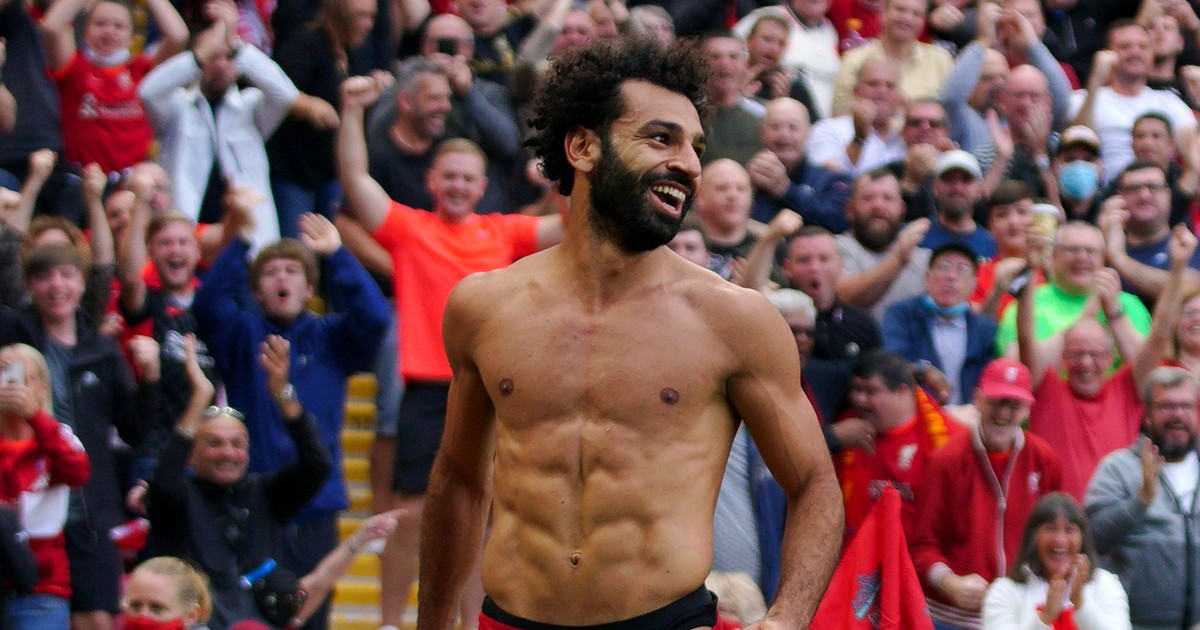 Liverpool will have to shatter their wage structure to keep Mo Salah, but he is not seeking the Premier League’s highest wage.

Salah’s representatives have been locked in contract talks for some time as Liverpool look to extend his current deal, which expires in summer 2023.

The Reds have embarked on a spate of successful contract negotiations this year, with Virgil van Dijk, Alisson, Jordan Henderson, Trent Alexander-Arnold, Andy Robertson and Fabinho among those to commit their long-term futures to the club.

It is hoped that Salah will be next as his imperious form continues in a Liverpool shirt.

The Egyptian was sensational against Manchester City, adding a ninth goal and third assist of the season in his ninth game.

Miguel Delaney of The Independent claims that Salah ‘currently wants between £300k and £380k a week, which would break Liverpool’s wage structure by a considerable distance.’

It has been reported that Salah was demanding that wage be more than doubled for him to stay at Anfield.

September brought the claim from the Daily Mirror that the forward was holding out for a £500,000 pay packet, making him the highest earner in the Premier League and putting him on the same level as Lionel Messi and Cristiano Ronaldo.

Earlier this month, the suggestion was that Salah had been comparing how straightforward it seemed for Kevin de Bruyne to negotiate his own contract extension at Manchester City.

The Belgian handled negotiations himself, rejecting one offer in January before improving his deal and signing for a further two years.

Salah has noticed how ‘smoothly’ those talks seemed to go and he ‘wonders why it has not been the same for him’ at Liverpool.

De Bruyne’s new wage at Manchester City is around £385,000 a week, meaning Salah actually wants less despite being a year younger and in better form and condition.

Jamie Carragher nailed it on Sky Sports, saying: “He’s been electric, at times last season he was almost let down if you like by the rest of that famous front three but he’s never, ever dropped those standards.

“At this moment in the situation when he’s got less than two years left on his contract it’s just unthinkable he won’t be playing for Liverpool in the next 18 months. I think he wants Kevin De Bruyne money.”

Souness destroys one Spurs man for ducking fight at Arsenal