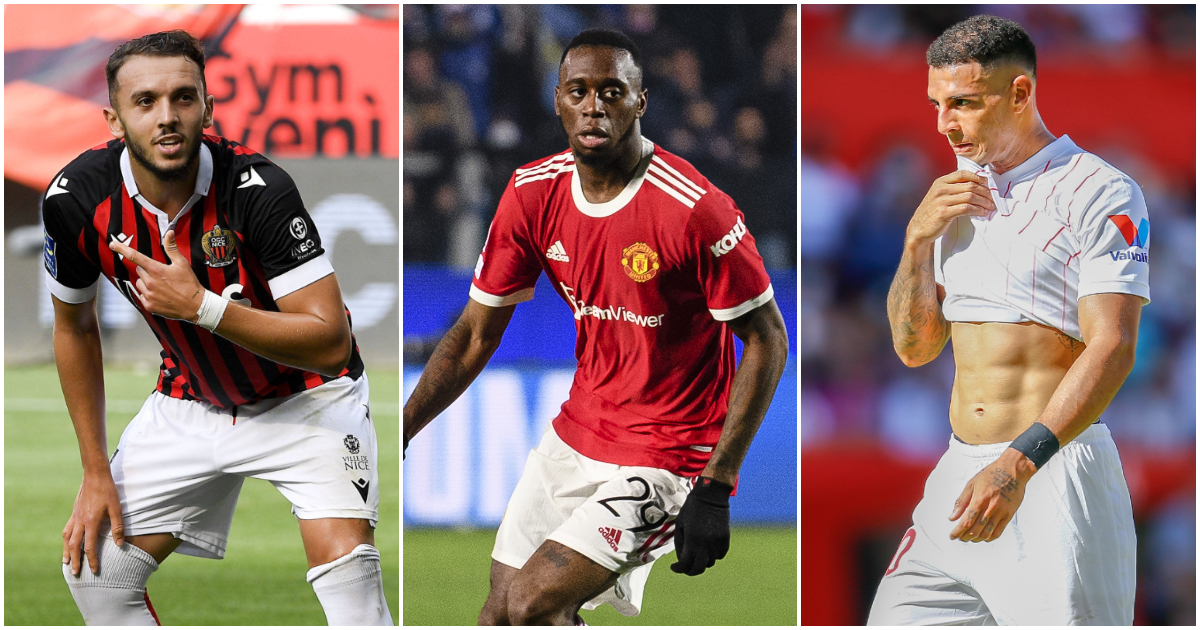 Pretty simple this one. Just the current most valuable players in each position who have never played a full international.

Valuations taken from transfermarkt.co.uk and are just a bit of fun, okay?

Before Monday night this would have been Aaron Ramsdale, but after his very busy night against San Marino – making one more save than is required of Premier League goalkeepers when facing Spurs – he’s no longer eligible. A capable understudy is on hand, though, in Leeds’ Meslier. This is also a good start because as you’ll find out, English and French players are well represented here.

An English player signed for £50m by Manchester United who can’t get anywhere near the national squad sounds like crazy talk. Now normalised to the extent that even mentioning it at all is horribly dated. He’s what? Fifth choice? Sixth? Must be infuriating. On the other hand, he’s going to be an absolute mainstay of this side for years to come.

An Olympic champion but, at 28, still awaiting a first full international cap despite receiving a first call-up to the national squad proper earlier this year. Has formed a fine partnership at the heart of the Sevilla defence with Premier League perma-target Jules Kounde, a defender so good that he’s actually managed to win caps at centre-back for France, which as Aymeric Laporte will tell you is really f***ing hard.

Currently making good progress on the road to recovery from a broken leg suffered during pre-season. Absolutely gutting for him (and Leicester), not least because the road to France central defence caps is hard enough without that kind of obstacle in the way.

Managed just six Premier League games in two separate spells at Manchester City but making rather more of an impression at RB Leipzig, having joined the German side initially on loan and now permanently. Maybe he’ll go to City for a third time, although probably not while Pep Guardiola remains in charge. “I was judged after two pre-season games and did not get another chance. It killed me,” was Angelino’s verdict on his former manager after heading to Germany.

His Liverpool breakthrough may have come earlier than expected thanks to various injuries and misfortunes that befell pretty much all their other midfielders. He did remarkably well, but is inevitably finding games harder to come by now Liverpool’s numbers in midfield – and just as importantly – central defence have been restored. There are quite a few ahead of him in the England queue.

CM: Christopher Nkunku (France, £42.3m)
Every chance the RB Leipzig star plays Premier League football before he gets international honours, with assorted members of the Big Six supposedly keeping tabs on the French midfielder. Manchester City were apparently very taken with him after their Champions League clash this season – he’s already bagged five goals in four games in that competition this year to go with five Bundesliga goals. But France’s midfield remains a tough nut to crack. We can’t all be Moussa Sissoko.

Newcastle’s amusement arcade is tremendously entertaining but perhaps just too mercurial, unpredictable and inconsistent for a top-level international side. Or maybe that’s harsh. Maybe he’s really bloody good but France just have absurd player stocks and have loads of attackers who are just even better.

Because it’s not like Saint-Maximin is a rogue outlier who can’t get a game, is it? Gouiri is another trying to pick his way through the competition to get Didier Deschamps to notice him. Has been strongly and inevitably linked with all the Premier League big boys since he started tearing it up for Nice, who he joined for just €7m in 2020. Bargain.

England really have picked all of the strikers in the last couple of years given the extent to which one player utterly dominates that spot in the first XI.