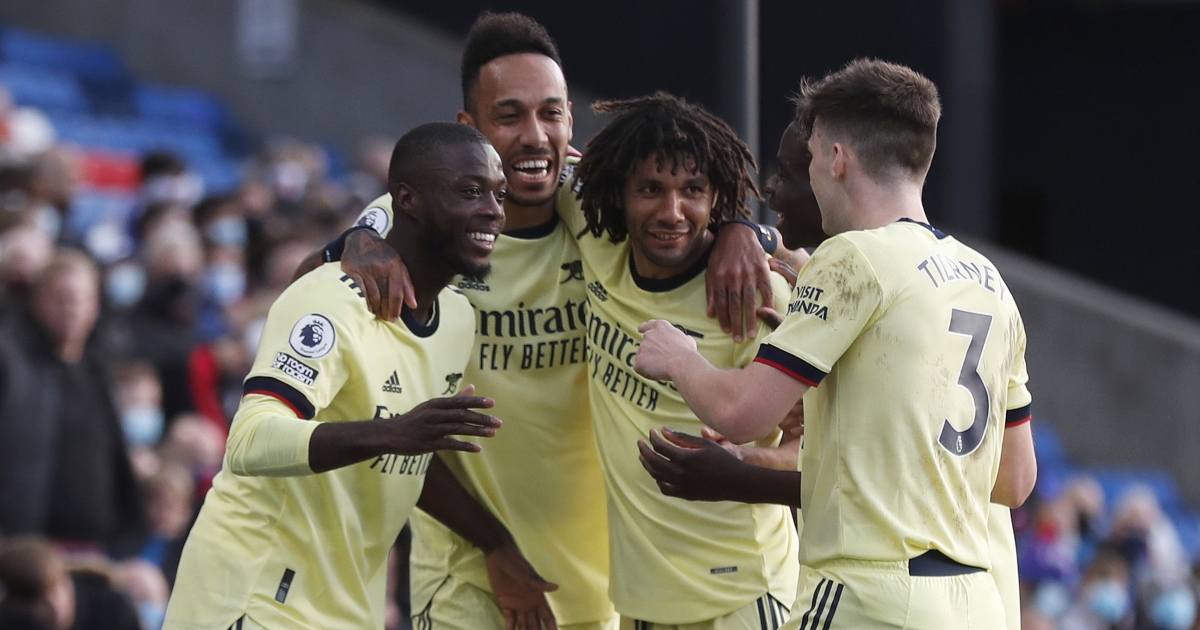 The Ivory Coast international is the most expensive signing in the Gunners’ history, joining from Lille in 2019 for a fee in the region of £72million.

Pepe has not lived up to his hefty price tag, with his future at the Emirates cast in doubt as he struggles for game time this term.

Is Zidane the only manager for Ronaldo’s Manchester United?

Bukayo Saka and Emile Smith Rowe have been undroppable for Arsenal in 2021/22 which has left Pepe in a difficult situation.

He has only played five minutes in the Gunners’ last three Premier League encounters after starting three of their first four league matches.

And according to French outlet Jeunes Footeux, Newcastle, Palace and Everton are eyeing up a move for the 26-year-old.

The report adds that the Premier League trio would prefer to loan the Ivorian in January whilst including an option to buy in the deal.

Furthermore, they claim Mikel Arteta is eager to offload the winger, as he ‘no longer counts on the former Lille player’.

In 98 appearances for Arsenal, Pepe has scored 25 goals and helped the north Londoners win the FA Cup in 2020.

Elsewhere, Theo Walcott believes former Arsenal midfielder Aaron Ramsey “would love” to return to the Gunners and that this move would “tick a box”.

Ramsey was a teammate of Walcott at Arsenal. The Welshman spent eleven years at the Gunners between 2008 and 2019.

As reported by Metro, Walcott said Ramsey is a “workhorse” who would welcome a return to Arsenal.

“I’ll find out, give him a call and pester him [on if he’s returning to the Premier League],” he said.

“Do you know what, it would be lovely, it would be fantastic if he came back to the Premier League. I feel like he would want to.

“Some part of me in my head thinks that he would love to come back to Arsenal. It does. Something about that would sort of tick a box.”

Away fans not allowed to attend final rounds of Prem matches