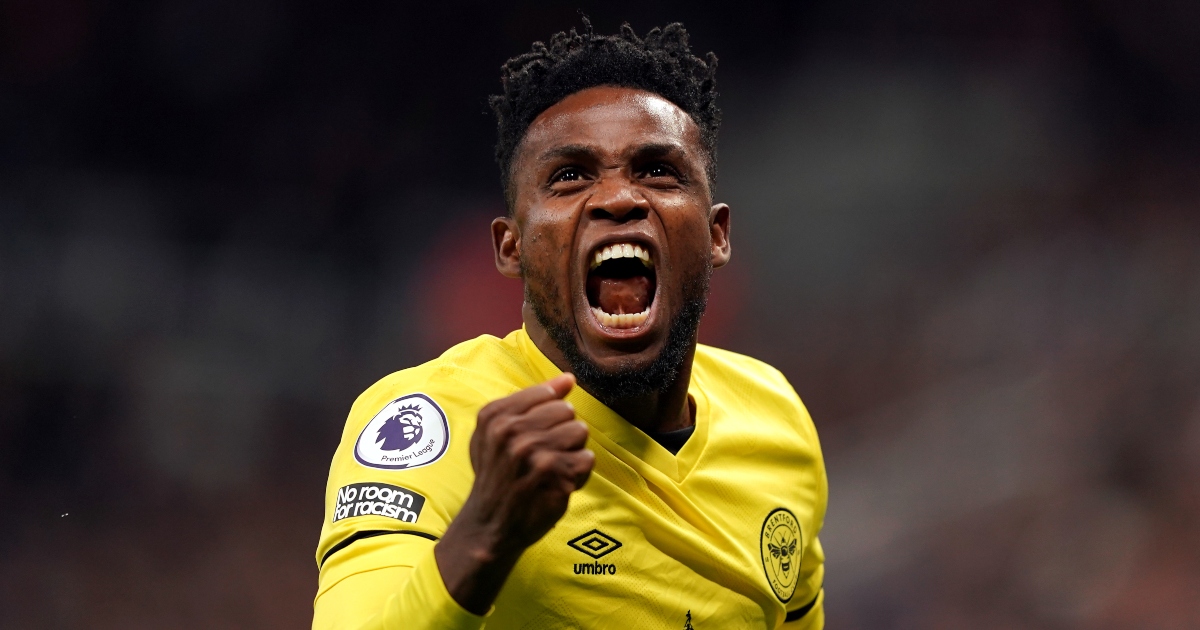 Allan Saint-Maximin rescued a late point for Newcastle in an entertaining affair with Brentford, but Eddie Howe’s side drop to bottom of the league after Norwich’s win.

With Howe watching from afar after testing positive for Covid-19, the Magpies looked to be heading for defeat when skipper Jamaal Lascelles inadvertently turned substitute Frank Onyeka’s 62-minute shot into his own net.

However, Saint-Maximin claimed a 3-3 draw with 15 minutes remaining to set up a grandstand finish, but to no avail as his side slipped of the bottom of the Premier League table without a win this season to leave their new head coach in little doubt as to the task ahead.

Despite the arrival of new owners – non-executive chairman Yasir Al-Rumayyan was among a crowd of 52,131 for the first time – a new head coach and a more progressive style of play, Howe’s men produced more of the same as they scored goals, but conceded all too easily.

Lascelles put the home side in front with just 10 minutes gone, powering home a header off the inside of the post from Matt Ritchie’s right-wing corner, but Toney levelled within seconds.

Sergi Canos picked out the striker, who spent three years at St James’ Park earlier in his career, but made only four senior appearances, inside the penalty area and he fired across Karl Darlow and inside the far post with the goalkeeper making a hash of his attempts to repel the shot.

Ciaran Clark had to come to the Magpies’ rescue after Darlow had got a hand to Mbeumo’s dangerous cross, but succeeded only in diverting the ball to Toney, whose powerfully-struck effort was headed off the line by the Republic of Ireland defender.

Newcastle were showing plenty of intent, but too little quality and they were punished once again four minutes before the break when Canos once again exploited the space left by wing-back Ritchie to cross for the unmarked Rico Henry to head past Darlow as he scrambled in vain across his goal.

They were back on level terms within eight minutes, however, when, after Saint-Maximin had cut inside from the left and seen his shot blocked, Joelinton pounced on the rebound and smashed the ball into the bottom corner.

Toney blocked Callum Wilson’s close-range effort on the line in a frenzied conclusion to a breathless first half which left both managers with work to do at the break.

Saint-Maximin whipped a shot across the face of goal on the hour with Newcastle building momentum, but they succumbed once again two minutes later when the ball broke kindly for Onyeka, whose shot was deflected past Darlow by the unfortunate Lascelles.

Ryan Fraser and Sean Longstaff replaced Joe Willock and Fabian Schar with 19 minutes remaining, and it was the Scotland midfielder who made a swift impact when he picked out Saint-Maximin with a deep cross which the Frenchman swept past Alvaro Fernandez to level.

Joelinton and Wilson both might have won it at the death, but the Magpies had to make do with a point.

‘Everything’ – Kane tells teammates what they have to improve on