During his time as Manchester United manager, Ole Gunnar Solskjaer was regularly criticised for his lack of rotation over the course of a season.

Solskjaer regularly picked the same core of players in his starting line-up but other members of the squad were then left out in the cold.

We’ve taken a look at seven players that could get a fresh start at United following Solskjaer’s departure.

Despite sanctioning a £34million deal to sign Van de Beek from Ajax in the summer of 2020, Solskjaer didn’t seem to be his biggest fan.

The Netherlands international started just four Premier League games under Solskjaer and has mainly been restricted to cameo appearances from the bench.

“This is what he said and Donny thought, ‘Fuck me, this is my dream, this is what I’ve been waiting for’. Two years down the line he’s on the bench. Ole’s actually taken the piss out of him.”

He came off the bench to score in Solskjaer’s final game in charge and will now be hoping to get a consistent run in the team.

Made his case despite an awful team performance. 🇳🇱 pic.twitter.com/3u34csxLHm

Lingard enjoyed the best spell of his United career during Jose Mourinho’s two-and-a-half years as manager but struggled under his successor.

The midfielder joined West Ham on loan in January 2021 and rediscovered his best form, registering nine goals and five assists in 16 appearances.

He was then linked with a permanent exit but decided to return to Old Trafford as Solskjaer reportedly promised him more first-team opportunities 2021-22.

Despite coming off the bench to score against Newcastle and West Ham in September, the England international is yet to start a Premier League game this season.

Lingard looked set to leave United after talks over a new deal collapsed, but he could be brought back into the fold by a new manager.

After Luke Shaw’s brilliant form throughout last season and Euro 2020, few were surprised when Telles started 2021-22 on the bench.

But Shaw has been suffering a hangover of sorts since his heroics in the summer and has even acknowledged his off-colour performances.

“I am not hiding inside,” Shaw said after the 5-0 defeat to Liverpool. “I know I was not at my best tonight, I know I was not good enough, and of course I will take some responsibility for that.

“I will reflect on it tonight, watch the game back, see what went wrong, see what is wrong. I have not been at my best and I know that, for maybe the last few weeks, so I need to reflect on that, look myself in the mirror and see what is going wrong. I will do that.”

Solskjaer kept faith in him and Telles has made just one Premier League appearance this season, coming off the bench after Shaw suffered a head injury against Manchester City.

The Brazil international did impress in their Champions League win over Villarreal and could now take advantage of Shaw’s poor form.

What a time to score your first Man Utd goal!

Alex Telles with a clean strike on the volley 💥#UCL pic.twitter.com/HI6ouM0NYi

Alongside Luke Shaw, Harry Maguire has also endured a disastrous start to the season after impressing for England at the Euros.

The £80million centre-back has made some high-profile errors in recent months and was sent off in Solskjaer’s final game in charge.

Despite Maguire’s poor form and Raphael Varane’s injury problems, Bailly has had to watch from the sidelines for most of this season.

According to reports, he openly questioned Solskjaer for starting an unfair Maguire over him for their game against Leicester City.

The Ivory Coast international later produced a brilliant performance against Atalanta and will be hoping for a fresh start under the new manager.

After becoming United manager in December 2018, Solskjaer reportedly identified Sancho as a top target and spent the next two-and-a-half years chasing him.

“Jadon is at the start of his career, but still very experienced,” Solskjaer told Sky Sports after Sancho’s arrival in 2021. “Going to Borussia Dortmund as early as he did, he’s developed fantastically and is one of the most creative forwards in European football.

“[He’s] so smooth, scores goals, creates goals. Very excited to see him and hope we can help him develop his career.”

Despite being a big fan of the England international, Solskjaer surprisingly started him in just seven of their 17 games in 2021-22.

Sancho is yet to register a goal or assist for United but could potentially rediscover his Borussia Dortmund form under a new manager. 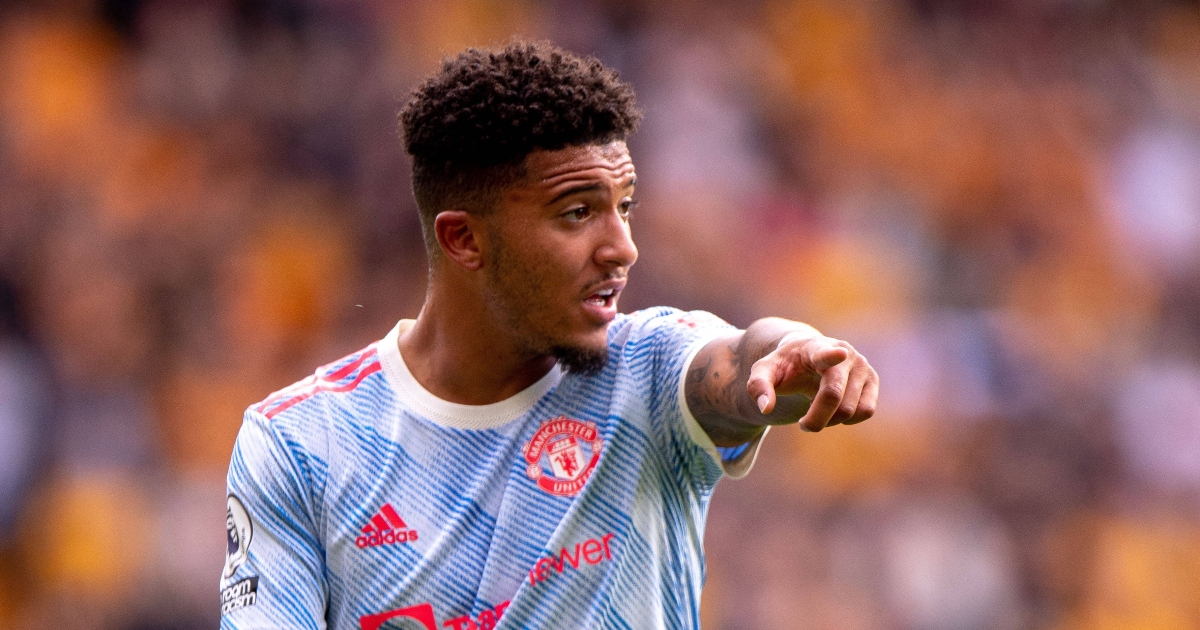 READ: 19 of the best quotes on Man Utd’s Sancho: ‘His potential is off the charts’

Since joining United from Crystal Palace in 2019, Aaron Wan-Bissaka has established himself as one of the best one-v-one defenders in the Premier League.

But the 23-year-old is often criticised for his ability on the ball and has registered just nine assists in 115 appearances in all competitions.

“Wan-Bissaka – I don’t even think Palace would take him back,” Roy Keane said in October. “He’s not good enough for Manchester United. No feel for the ball [or] decision making.”

Dalot, who spent 2020-21 on loan at AC Milan, struggled to earn Solskjaer’s trust and has started just two games in all competitions this season.

But the Portugal international undoubtedly offers a bigger attacking threat than Wan-Bissaka and could also help bring the best out of Sancho.

During Solskjaer’s best spells as United manager, Matic often found himself at the heart of United’s midfield and produced some brilliant performances.

But the Serbia international has since struggled to break up the Scott McTominay and Fred partnership, starting just 16 Premier League games since the start of 2020-21.

According to a report from the Daily Telegraph, members of the United squad were bemused as to why he’s been used so sparingly.

The 33-year-old may not be a long-term solution for United’s new manager, but he brings experience and is the only natural defensive midfielder that United have.

Will Keane: I watched Marcus Rashford and thought, ‘That could have been me’

Tuchel: Juventus hammering ‘amazing’ as Chelsea did not ‘fall asleep’